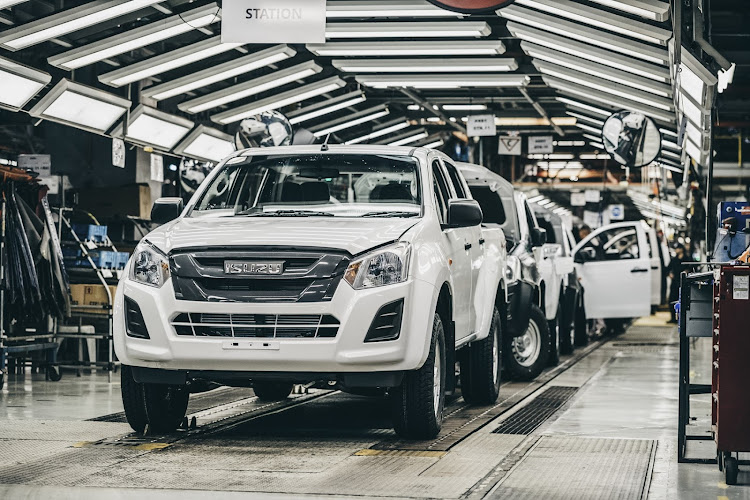 The South African auto sector faces some steep challenges in the months ahead.
Image: Supplied

Difficult times are in store for the motoring industry. These are the sentiments of leading economist Dr Thabi Leoka, speaking to TimesLIVE Motoring in the wake of last week’s Stats SA announcement that the economy has slipped into recession.

“Going into 2020 we have a consumer base that is under a lot of strain,” she said, adding that panic about COVID-19 is likely to compound existing challenges. Transport and trade were described as “the main drags on overall activity” in a release by the bureau, citing a 1.4% contraction in the fourth quarter of 2019. “In the automotive manufacturing sector, components often come from other countries, such as Europe and Asia, the coronavirus means the supply chain will be impacted.”

Volkswagen South Africa, whose locally built Polo Vivo is the best-selling passenger car in the country, said its manufacturing activities were stable.

“Our vehicle production in Uitenhage is operating as normal, but we are monitoring the situation to ensure that our operations are not impacted,” said Andile Dlamini, head of group communications for the company.

“The impact of the coronavirus pandemic on local vehicle sales will probably start manifesting in the coming months, when its effects have filtered into the economy. This is a double whammy for the local car market, which is already grappling with the declining sales.”

Some carmakers likely to restart China factories after coronavirus shutdown

Carmakers, including Daimler, Tesla and Ford, are likely to restart production in China on Monday after being forced to shut factories for more than ...
Motoring
2 years ago

Dr Martyn Davies, automotive leader at Deloitte Africa, echoed the gloomy outlook. “We have another dampening effect on confidence, official data confirms times are tough, turbulence lays ahead and possibly worse than what was had in recent times.” He said the situation differed to the 2008 financial crisis.

“That was a short-term, spiky shock. The markets reacted, but recovered fairly quickly. This is a structural economic decline. In 2009 we did not have the state-owned enterprises blowout we are having now, something that could have been averted with better policy and better leadership.

“The traditional proxy indicator of the health and growth of the middle class used to be electronics, consumer products, which have become cheaper. Arguably now, the best indicator of this is the car, through an automotive lens it gives you an excellent view of what’s taking place in society, and people are buying into smaller hatchbacks and sport-utility vehicles.”

Mike Mabasa, CEO of the National Association of Automobile Manufacturers of South Africa (Naamsa) forecast  that the declining trend of the past six years would continue.

He said while manufacturers showed some resilience last year, thanks to exports, new vehicle sales would only start increasing once GDP growth levels were above 1%.

“At present, South Africa is experiencing its longest economic downturn since 1945 and the country is in desperate need to unlock this low growth trap.”

Mabasa believes that low price increases and incentives such as guaranteed buyback options are among tactics retailers should employ to stimulate sales, despite tough market conditions. The second-hand market, meanwhile, looks poised to see an increase in activity.

According to George Mienie, CEO of online platform AutoTrader, the used car ambit is among a group of micro-economies faring well amid austerity. “It makes sense to buy a used car at a lower cost, with better specification, when budgets are under pressure and there are fundamental shifts in the worldwide car industry.”

He urged cash-strapped consumers to undertake thorough research before purchasing. “Never before have you been able to research as you can today. Use it to your advantage to get the best deal.”

Mienie stressed the consideration of all expenses when budgeting for a vehicle, including fuel and maintenance, advising caution against financing pitfalls, such as potentially “devastating” balloon payments, where a lump sum is required at the end of the financing period.

“Compare the various financing options — they will all have their pros and cons — and consult experts before doing the deal.”

The more high-tech and comfortable new-generation Corolla starts at R372,700.
Motoring
2 years ago

Nissan Motor Co is likely to pull out from a venture capital fund it runs with alliance partners Renault SA and Mitsubishi Motors, as part of the ...
Motoring
2 years ago

Carmakers' sales sink in China due to coronavirus epidemic

Vehicle sales in China, the world's biggest car market, tumbled in February as customers stayed at home and away from dealerships due to the ...
Motoring
2 years ago