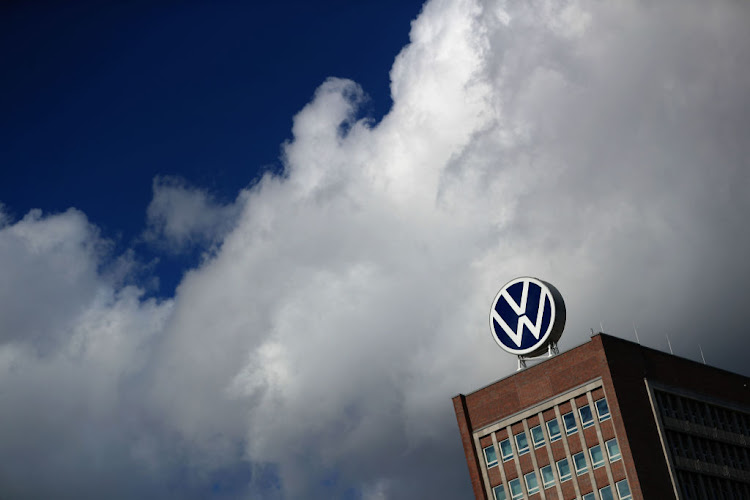 The Volkswagen AG (VW) logo sits on display at the car maker's headquarters in Wolfsburg, Germany, on Thursday, March 12, 2020. The outlook is darkening for everyone from market leader Volkswagen AG to Tesla Inc. and smaller local contenders that were already battling an unprecedented slump before the coronavirus outbreak.
Image: Krisztian Bocsi/Bloomberg via Getty Images

German car maker Volkswagen said on Friday it was joining other manufacturers round the world to explore using 3D printing to make hospital ventilators to combat the coronavirus.

Governments are enlisting automakers including Ford, General Motors, Ferrari and Nissan to ramp up production of ventilators and other equipment they are short of to treat the fast-spreading disease.

In a statement, Volkswagen said it had assembled a task force, was testing materials, and checking supply chains, to see how it can use 3D printing to help manufacture hospital ventilators and other life-saving equipment.

“Medical equipment is a new field for us. But as soon as we understand the requirements, and receive a blueprint, we can get started,” Volkswagen said, adding that prototype components had been printed and its Skoda arm was included in the project.

A spokesperson said the Wolfsburg-based, multi-brand company, which has more than 125 industrial 3D printers, was in close contact with governments and other authorities to assess needs.

Volkswagen's sports car brand Porsche also said on Friday it wanted to help in relief efforts. “We are collecting ideas about what we could do in terms of humanitarian help,” CEO Oliver Blume said on a call to discuss earnings.

Munich-based car maker BMW said it too was ready to help. “The production of components using 3D printing technology is a possibility,” it said.

“I think for the economy, we need to do something drastic, rather then trying halfhearted measures that drag on forever,” CEO Hakan Samuelsson said. “We are seeing the effect from this coronavirus is increasing every day.”

“There is a big difference between countries. Some have curfews, with restaurants and schools closed. In other countries there are less drastic measures. I just think we need to synchronise that more.”

Volvo to temporarily close plants in US and Sweden

Swedish carmaker Volvo is suspending production at its factories in Sweden, the US and Belgium to curb the spread of the coronavirus, even as it ...
Motoring
2 years ago

After initially being postponed, Monte Carlo is dropped from the calendar as the start of F1 season is postponed to June at the earliest.
Motoring
2 years ago

Tesla US vehicle factory to suspend production due to coronavirus

Tesla Inc will suspend production at its California vehicle factory beginning on March 24 to comply with local orders aimed at curbing the spread of ...
Motoring
2 years ago