R3m donated to taxi industry in fight against Covid-19 pandemic 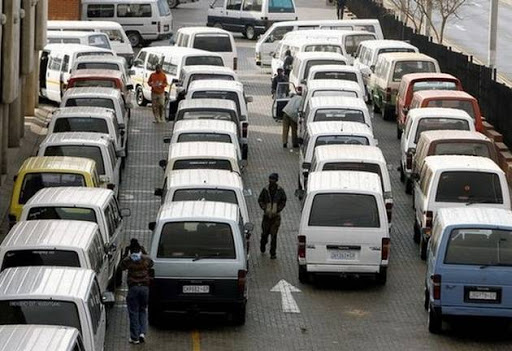 The private sector is working with the government to ensure that taxi ranks are sanitised during the lockdown.
Image: SIPHIWE SIBEKO

Finance company SA Taxi pledged to donate R3m worth of hand sanitisers and facial masks to ramp up protection efforts for commuters.

Maroba Maduma, a communications executive at the company, said in a statement this week that the move was in response to the call by the president to citizens and corporates to make a meaningful contribution in the fight against Covid-19.

“We are encouraged by the bold steps taken by President Ramaphosa and his administration to contain the spread of this deadly disease and mitigate its socio-economic impact - particularly among the country's most vulnerable citizens, many of whom commute daily via minibus taxis,” he said.

On March 27 it confirmed that repayment assistance measures would be offered to its customers affected by limited trade under the national 21-day lockdown that commenced on March 26 at midnight.

While minibuses are permitted to continue serving patrons, the industry and department of transport had been at loggerheads over traveller numbers and operating hours.

The efficacy of taxi sanitisation was on Tuesday questioned by some passengers and drivers in Atteridgeville, Pretoria, where government had ...
News
2 years ago

Although the initial proviso issued by minister of transport Fikile Mbalula was that minibus operators may not allow occupancy exceeding 50% of the certified passenger capacity, this has been adjusted to 70%.

The minister had earlier announced that taxis would be able to carry a 100% load if passengers wore masks – an order he swiftly rescinded.

At a sanitisation drive in Johannesburg’s Bree Street taxi rank last week, which TimesLIVE Motoring attended, the minister promised an end to the “backwards and forwards” over regulations governing taxi operators under lockdown.

He called for compliance from the taxi industry and stated that in addition to a disinfection programme that would become part of the daily routine at ranks, masks would be distributed to commuters.

Taxi drivers are allowed  to operate from 5am to 10am and 4pm to 8pm.

Maduma acknowledged that an increase in occupants would heighten the potential for the virus to spread. “As such, we are doing what we can to minimise those risks for all stakeholders,” he added.

Gauteng will be the recipient of the bulk of the donation. It is the province with the largest number of positive cases, with 713 confirmed as of Monday.

SA Taxi said it would be working with national and provincial government in the distribution and administration of the supplies.

Alpheus Mlalazi, secretary-general of the National Taxi Alliance (NTA), welcomed the effort, saying the organisation was grateful for the “unsolicited act of patriotism and compassion as the industry faces this immense challenge”.

“We would like to thank the company for standing up and being counted among those who are helping the country to carry the weight of this burden,” he added.

All taxi ranks in Gauteng will be sanitised every three days in the fight against Covid-19 as part of a Gauteng transport department initiative.
News
2 years ago

A taxi which was allegedly breaking lockdown regulations and carrying a full load of passengers rolled on the N12 near Diepkloof, Soweto, on Monday ...
News
2 years ago

The transport ministry reported on Friday that 146 lockdown-related roadblocks were conducted around the country on Thursday at which 17,395 vehicles ...
Motoring
2 years ago