SA motor industry could cut up to 10% of workforce due to lockdown: survey 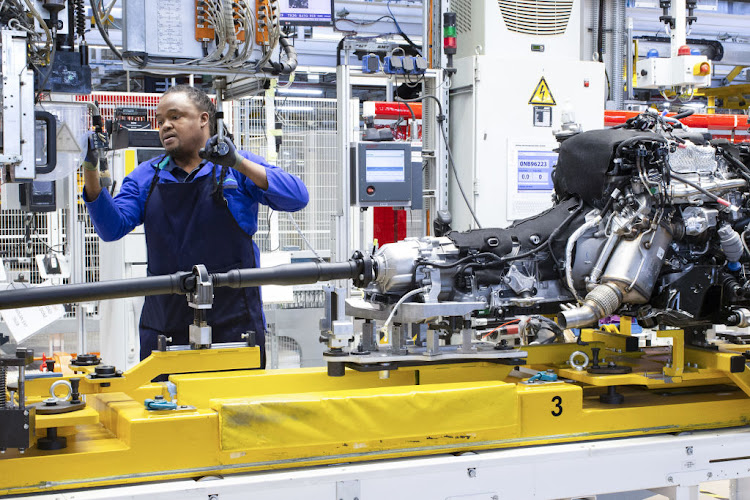 A worker assembles parts to be used in the engine of a BMW X3 on the production line at the BMW South Africa Pty Ltd. Rosslyn plant in South Africa.
Image: Stefan Kleinowitz/Bloomberg via Getty Images

SA's automotive industry might have to lay off up to 10% of its workforce because of the three-week Covid-19 lockdown, according to an industry-wide survey provided to Reuters by the National Association of Automobile Manufacturers of SA (Naamsa).

The survey, dated April 8, estimates the 21-day national lockdown could lead to job losses of between 1% and 10%, which could rise to between 21% and 30% now that lockdown has been extended until the end of April.

It was on Wednesday submitted to the government, which issued the same questionnaire to a range of industries to gauge the impact of the lockdown or any extension as it grapples with close to 1,900 coronavirus cases and a shrinking economy.

Almost one-third of the country is already unemployed.

The government considers the motor industry its most important manufacturing sector and that it is central to reviving SA's flagging economy via industrialisation.

Companies range from the local units of global automakers, such as Nissan and Ford, and component manufacturers to tiny panel beaters and informal workers.

Neither Nissan, Ford nor SA's department of trade & industry had an immediate comment.

The vast majority of those jobs are in the retail sector. Manufacturing accounts for around 110,000 of the jobs, the survey said.

It also estimated that only 51% to 60% of the industry's payroll will be paid at the end of April, and between 11% and 20% of small or medium-sized businesses could close.

Estimated potential SME closures rose to between 21% and 30% in a lockdown ending May 8 or at the end of May, according to the survey, which only provides a rough estimate of the aggregate impact on the industry as a whole.

“It is anticipated that new vehicle sales will decline by more than 50% in April 2020 under the current 21-day lockdown,” a response to one question in the survey stated.

With the lockdown now extended until the end of April, new vehicle sales and exports could both decline by more than 80%, with the industry's major export markets also shut down and the movement of people and goods restricted, it said.

The SA Solidarity Fund was created to help alleviate some of the financial stresses and strains small to medium business enterprises face during the ...
Motoring
2 years ago

Nissan has requested a $4.6bn (roughly R83bn) commitment line from major lenders to cushion the impact of the coronavirus pandemic while it seeks to ...
Motoring
2 years ago