French car makers must bring production back home in return for aid: minister 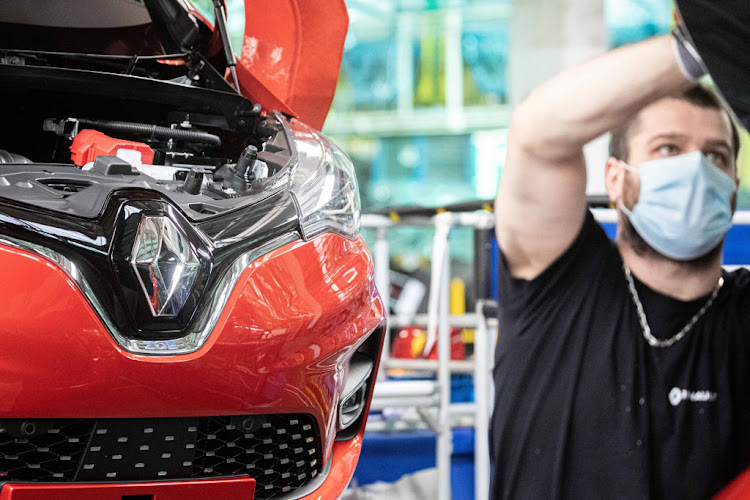 An employee wearing a protective face mask works on the Renault Zoe electric automobile assembly line at the Renault SA factory in Flins, France, on Wednesday, May 6 2020. European car sales were almost wiped out in April after governments around the continent closed auto dealerships and other businesses to slow the spread of the coronavirus.
Image: Christophe Morin/Bloomberg via Getty Images

French car makers must bring more production back to France in exchange for government support for the struggling industry, the finance minister said on Monday.

Along with tourism and aerospace, car making is one of three industries for which the French government is preparing sector-specific recovery plans to help them get back on their feet after the coronavirus crisis.

Finance Minister Bruno Le Maire said he would hold meetings this week with representatives of the country's car industry about the recovery plan, which is expected at the end of August or September.

“In exchange it's going to be, what's your relocation plan? That's how we will build a stronger automobile industry,” he added.

The government is already working on a €5 billion (roughly R99,187,200,000) package of state-guaranteed loans for carmaker Renault, which is 15% owned by the state.

Renault had to suspend production at one of its French factories last week after a court order sought by the hardline CGT union, which considered the site's measures to protect workers against the coronavirus to be insufficient.

Le Maire said the CGT's move, which was criticised by more moderate unions, sent the wrong signal at a time when France was looking to bring back production.

“There are certain union leaders who are playing with fire,” Le Maire said.

Tesla Inc's chief executive Elon Musk tweeted on Saturday that Tesla will move its headquarters and future programmes to Texas or Nevada from ...
Motoring
1 year ago

Vehicle sales in China likely rose in April from a year earlier, its top auto industry body said on Thursday, ending almost two years of declines and ...
Motoring
1 year ago