Nissan's survival plan for Europe? SUVs and sharing with Renault 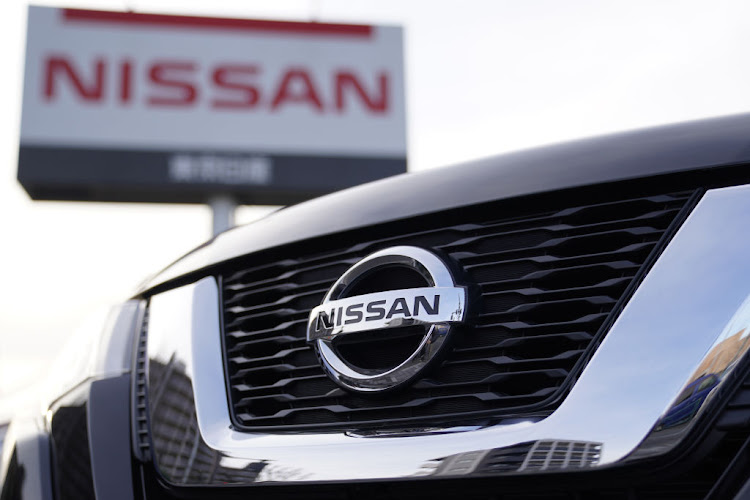 The Nissan logo is seen on the grille of an X-Trail sports utility vehicle (SUV) displayed outside a Nissan dealership.
Image: Toru Hanai/Bloomberg via Getty Images

Nissan Motor Co is working on a plan to scale back its European business, focusing on sport utility and commercial vehicles as well as more effective sharing of products and investments with partner Renault, three sources told Reuters.

The strategy, part of a three-year global turnaround plan due to be unveiled on May 28, would see the Japanese car maker's plant in Sunderland, northeast England, switch permanently to two daily shifts from three, but become a key hub for SUVs.

It could also see the company's Barcelona factory in Spain close, putting around 3,000 jobs at risk, said the sources with knowledge of the plan, who declined to be named because they are not authorised to speak to the media.

Central to the proposal is a new way of working with alliance partner Renault that would see the two companies divide up areas of responsibility, with one becoming the “leader” and the other the “follower” in each.

Renault and Nissan have long struggled to achieved the full potential of their alliance, due in part to tensions over areas of control.

Relations were then strained to almost breaking point in November 2018 when the alliance's long-standing boss, Carlos Ghosn, was arrested in Japan on financial misconduct charges, which he denies.

Nissan's sales and profits have been sliding ever since, and the hammer blow to the global car industry from the coronavirus epidemic has only added to the urgency for the company to come up with a strategy to secure its future. Renault is also working on its own restructuring plan.

The sources said Nissan's plan for Europe was presented to the company's board on Thursday by COO Ashwani Gupta, who they said was the leading advocate and key architect of the new leader-follower model.

They added many on the board, whose 12 members include Renault chair Jean-Dominique Senard, showed support for the plan, without giving details.

Toyota Motor Corp on Friday said it would reduce vehicle production in Japan by 122,000 units in June, as a lack of demand for new cars due to the ...
Motoring
2 years ago

Europe has long been a difficult market for car makers due to overcapacity, stiff competition and tight regulations. General Motors quit the region in 2017.

Europe accounts for only about one-tenth of Nissan's global business by volume and has “little prospects for growth and profitability”, as one insider put it.

However, the company is keen to maintain a presence in the region, albeit a reduced one.

“We need to be in Europe to keep up with regulations and keep our technology competitive, even though we cannot go for exponential growth,” one of the sources said.

Under the new working relationship with Renault, Nissan would take the lead in Europe on crossover SUVs, which the sources said would be available in petrol engine, hybrid and all-electric battery versions.

It would operate as a “follower” in commercial vans and small city cars, using versions of vehicles produced by Renault.

The arrangement would allow the two partners to share technologies and manufacturing capacity, while keeping advanced technology and product development separate from each other to “keep our design, engineering and brands distinctive from each other,” one of the sources said.

That is an attempt to resolve a major source of tension under Ghosn, who sought to cut costs equally at the partners as well as merge new technology and product R&D. Many at Nissan viewed the move as an effort by Renault to ride free on what they believe are Nissan's superior engineering capabilities.

In terms of models, Nissan's main products in Europe would be narrowed to the Qashqai and the Juke, both locally produced crossover SUVs, plus the X-Trail SUV and the Ariya, a battery electric crossover due to hit the market soon, shipped to Europe from Japan, the sources said.

Likely out would be the sporty Z and GT-R models, as well as the Navara pickup truck made in Barcelona, they said.

The product line would be supplemented by some of Renault-produced commercial vans and micro cars to give the brand scale and provide dealers with enough vehicles.

Nissan's Sunderland plant would become the hub for the Qashqai and Juke SUVs, and could also produce their Renault counterparts, the Kadjar and Capture respectively, though no decision on that is expected imminently, the sources said.

The Sunderland factory has been operating below capacity and with a cloud over its future due to Britain's departure from the European Union.

One of the sources said the plan for the plant depended on the new trading relationship agreed between London and Brussels, but that Nissan expected the UK government to adopt supportive policies.

In forging the new relationship with Renault, Nissan's Gupta is adapting and expanding a business model he began developing when leading the French group's light commercial vehicles unit.

The Indian-born executive revived the unit and then created a leader/follower arrangement with Nissan's commercial vehicle business that saw the Japanese group building vans using Renault's vehicle underpinning technologies and Nissan providing the French group with technologies for pickup trucks.

Nissan Motor Co expects equal contributions to global car sales from China, the United States and elsewhere in coming years as the struggling ...
Motoring
2 years ago

Toyota Motor Corp on Friday said it would reduce vehicle production in Japan by 122,000 units in June, as a lack of demand for new cars due to the ...
Motoring
2 years ago

How Tesla tapped a tiny Canadian lab for battery breakthroughs

Tesla Inc is a leader in electric vehicle battery technology, but the company doesn't do all its own research
Motoring
2 years ago