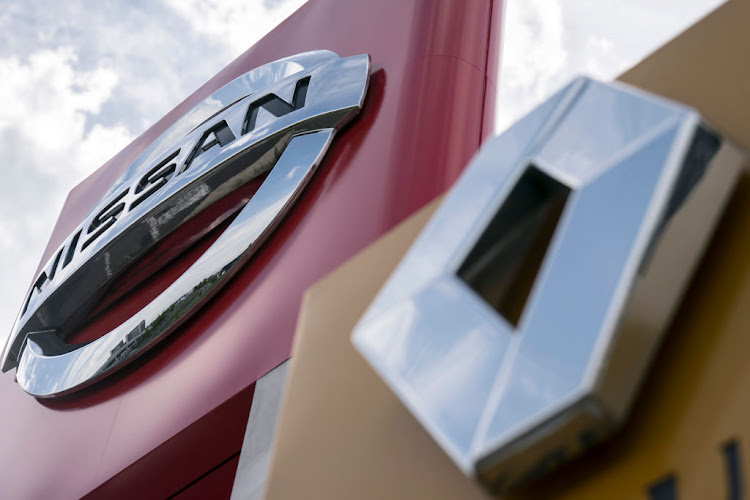 Nissan and Renault logos are displayed outside a dealership on May 27, 2020 in Tsukuba, Japan.
Image: Tomohiro Ohsumi/Getty Images

French car maker Renault said on Thursday that losses at its Japanese partner Nissan, in which it has a 43% stake, would drag on its net earnings by €3.6bn (roughly R68.7bn) in the first quarter.

Renault, which posted its first net loss in a decade in 2019, has, like Nissan, been struggling with faltering sales, a slide exacerbated this year by the coronavirus pandemic.

The two firms, which this week announced plans for more production sharing under their three-way alliance with Japan's Mitsubishi Motors in a bid to cut costs, are also embarking on individual restructuring and savings plans.

Renault is due to announce details of its turnaround plan on Friday.

Spain says Nissan has decided to close its Barcelona plant

Japan's Nissan Motor Co has decided to close its factory in Barcelona, resulting in the loss of about 3,000 jobs as part of a worldwide restructuring ...
Motoring
1 year ago

After a gradual ramp-up of its local production, the Volkswagen Group South Africa (VWSA) plant in Uitenhage has resumed its manufacturing operations
Motoring
1 year ago

Renault and Nissan rule out merger as they unveil survival plan

Renault, Nissan Motor Co and Mitsubishi Motors Corp ruled out a merger on Wednesday and instead said they would cooperate more closely on vehicle ...
Motoring
1 year ago