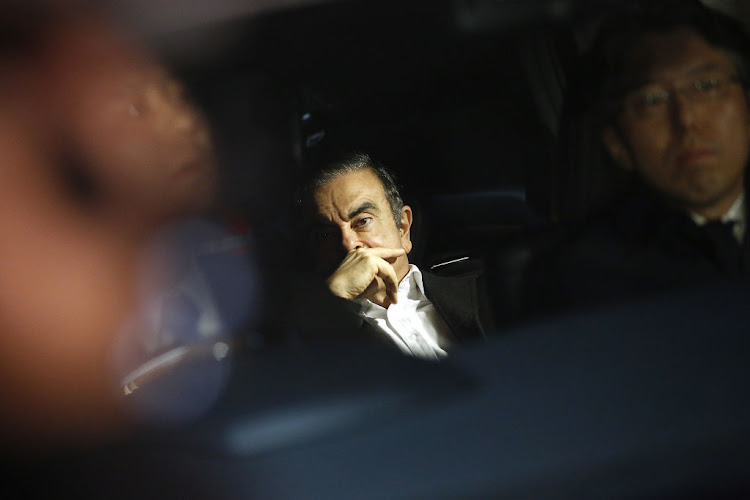 A US prosecutor on Monday urged a judge to keep a former Green Beret and his son locked up as Japan prepares to formally seek their extradition on charges that they helped former Nissan Motor Co boss Carlos Ghosn flee the East Asian country.

Assistant US Attorney Stephen Hassink argued during a virtual hearing that Michael Taylor and his son, Peter Taylor, have a “clear and present reason to flee” after being accused of helping Ghosn, who faces financial misconduct charges in Japan.

“They're actually some of the best defendants that I’m sure this court has seen positioned to actually succeed in that flight,” Hassink said.

He argued the men, who have been held without bail since being arrested in Massachusetts last month, helped smuggle Ghosn out of Japan in a box on December 29, 2019. Ghosn then allegedly fled to Lebanon, his childhood home, which has no extradition treaty with Japan.

Ghosn, Nissan's former CEO, was charged with engaging in financial wrongdoing by understating his compensation in Nissan's financial statements. He denies wrongdoing.

The Taylors' lawyers countered that had they wished to avoid prosecution they could have remained in Lebanon, where they were when Japan in January said it would seek their arrest, rather than return to Massachusetts.

“If he's an expert of escape, he would not have returned to the US,” Robert Sheketoff, a lawyer for Michael Taylor, argued.

He and other defence lawyers argued the case against their clients was flawed and that Michael Taylor, a US Army Special Forces veteran and private security specialist, is at heightened risk of complications from Covid-19, which could spread in the jail.

The hearing itself was held through a Zoom video conference because of the coronavirus pandemic. US judge Donald Cabell said he hoped to rule “as quickly as I can.”

Who's in charge at Nissan? COO's allies push to give him shared CEO role, say sources

Lawyers for the former Green Beret and son wanted by Japan for helping former Nissan Motor Co boss Carlos Ghosn flee the country on Monday argued US ...
Motoring
1 year ago

Nissan Motor Co on Friday said it would cut more shifts at its three assembly plants in Japan due to falling demand, as the car maker struggles to ...
Motoring
1 year ago