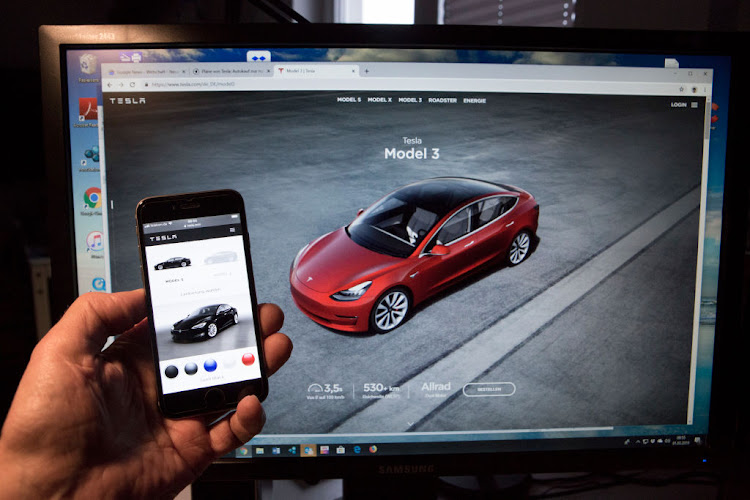 Tesla's vehicle registrations nearly halved in the US state of California during the second quarter, according to data from Cross-Sell.
Image: Ulrich Baumgarten via Getty Images

Tesla Inc's vehicle registrations nearly halved in the US state of California during the second quarter, according to data from Cross-Sell, a marketing research firm that collates title and registration data.

Most parts of the US were under government-imposed stay-at-home orders between April and June to combat the spread of the coronavirus outbreak, which affected production and caused a plunge in auto sales.

Tesla's only US vehicle factory in California was shut for some six weeks of the quarter.

The report released on Wednesday showed registrations in California, a bellwether market for the electric-car maker, plummeted almost 48% from a year earlier to 9,774 vehicles in the three months ended June 2020.

Model 3 registrations in the state, which accounted for more than half of the total registrations, fell 63.6% to 5,951 vehicles.

Total vehicle registrations in the 23 states from where the data was collected fell nearly 49% to 18,702 vehicles.

The car maker had earlier this month outpaced analysts' estimates for vehicle deliveries in the second quarter, defying a trend of plummeting sales in the auto industry as Covid-19-related lockdown orders kept people at home.

Registration figures might not accurately reflect the number of vehicle deliveries during the quarter as registrations in the US typically take about 30 days from the time of sale.

After surpassing Toyota Motor Corp as the world's most valuable car maker and stunning the industry with forecast-beating deliveries, Tesla Inc has ...
Motoring
1 year ago