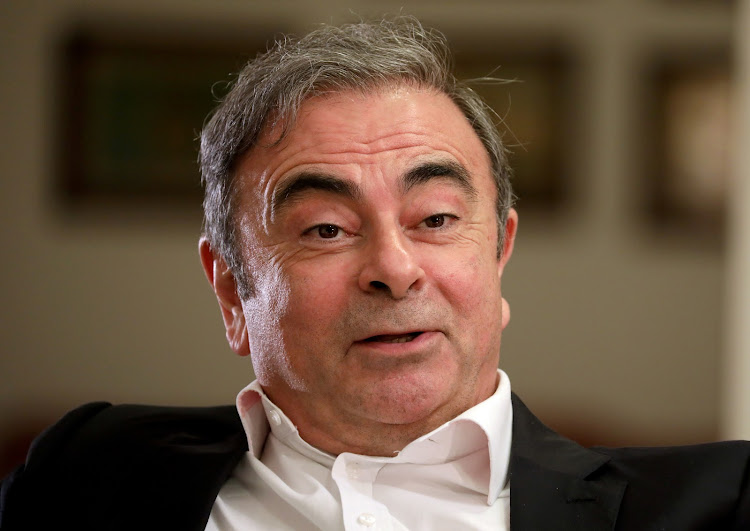 Kelly, who has been on bail in Japan since his release from jail in 2018, denies wrongdoing. He goes to court without co-accused Ghosn, who fled to Lebanon in December, following a dramatic escape from Japan.

"I'd love to have him here to testify. I think it is a little hard for everything to come out when the main witness isn't here," Kelly said of Ghosn in an interview aired by Japanese broadcaster TBS on Monday.

"I am not guilty of violating any laws in Japan."

Kelly, who was a representative director at Nissan, has been charged with helping Ghosn hide 9.3 billion yen (R1.47bn) in compensation over eight years through deferred payments.

The trial, in which Nissan is also a defendant, could take about a year. If found guilty, Kelly could face up to 10 years in prison and a 10 million yen (R1.6m) fine.

The proceedings will include evidence and testimony from some prominent company executives - including a former chief executive, Hiroto Saikawa - that could shine a light on the inner workings of the Japanese automaker.

The renewed spotlight on Nissan comes as it attempts to rein in losses and revamp an aging vehicle line-up following Ghosn's departure as chief executive. The company, like other carmakers, is also struggling with a drop in demand and disruptions in production caused by the coronavirus.

Nissan has cooperated with prosecutors. It declined to comment.

The trial has also focused international attention on judicial practices that critics in Japan and overseas see as overly harsh.

Prisoners on remand are sometimes kept in isolation and often refused bail if they deny charges brought against them. Detainees are also interrogated without a lawyer present.

The conviction rate in Japan is about 99%.

Ghosn was smuggled out of Japan in a speaker case on a private jet as he awaited trial on charges of under-reporting earnings, breach of trust and misappropriation of company funds - all of which he denies.

After the disappearance of the once-feted executive, Japan said it guaranteed individuals' rights and had dealt appropriately with him.

Ghosn, who also ran French carmaker Renault SA, faces two separate breach of trust charges that he enriched himself at Nissan's expense through $5m (R83.5m) in payments to a Middle East car dealership, and that he temporarily transferred personal financial losses to his employer’s books.

Ghosn said he was a victim of a boardroom coup by former colleagues worried he would push through a merger between Nissan and Renault, its largest shareholder.

Nissan Motor Co Ltd on Monday blasted suggestions in media reports of a conspiracy within the company to oust former chairman Carlos Ghosn.
Motoring
2 years ago

A US prosecutor on Monday urged a judge to keep a former Green Beret and his son locked up as Japan prepares to formally seek their extradition on ...
Motoring
2 years ago

Nissan Motor Co said on Tuesday it expects to make an annual operating loss for a second straight year, as the coronavirus pandemic hampers its ...
Motoring
2 years ago