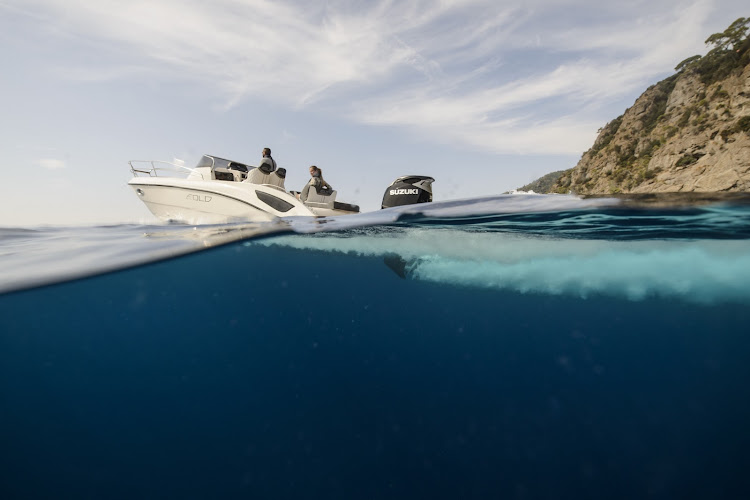 Micro-plastic is filtered as seawater is pumped through the engine to cool it. Picture: SUPPLIED

Suzuki has found a novel way to help combat microplastics in the marine ecosystem, a major environmental issue caused by mismanaged waste flowing into the oceans.

It has developed a Micro-Plastic Collecting Device for installation on outboard motors of boats, which filters the micro-plastic as seawater is pumped through the engine to cool it.

The device can be installed to the return hose and does not affect engine performance since it only utilises the returning water that has already been used to cool the engine, says Suzuki.

During monitoring research conducted in Japan, a substantial amount of micro-plastic waste was found within the substances collected in the filter, says the firm.

Suzuki plans to introduce the device as optional in its outboard engines from 2021 and incorporate it as a standard feature in the future.

Mark Beeley, Head of Marine & ATV for Suzuki GB, said: “This groundbreaking development is part of Suzuki’s continuing determination to devise innovative solutions that mitigate the serious impact of plastic waste on our natural environment.”

Plastic doesn’t biodegrade but breaks down into ever smaller pieces, and much of the hundreds of millions of tons of plastic waste in the oceans is made up of microplastics. These tiny particles are eaten by fish and other aquatic animal and give off harmful pollutants as they move through the marine food web.

Electric vehicles made up 8% of car sales in Europe in the first half of 2020, putting them on track to triple their market share this year, ...
Motoring
9 months ago

JLR is turning up the volume on noise cancellation technology

Jaguar Land Rover is rolling out its new "Active Road Noise Cancellation" system that has been specially designed to remove unwanted road and tyre ...
Motoring
9 months ago