Bentley's luxury car range to be fully electric by 2030 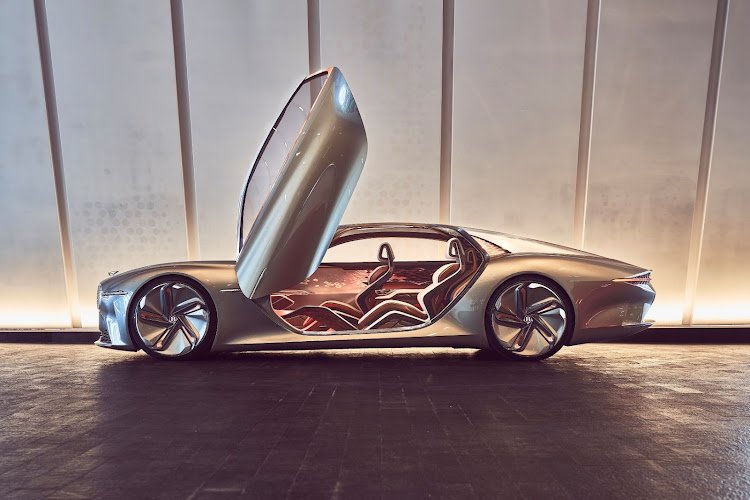 All new Bentley vehicles will be fully electric by 2030.
Image: Supplied

Bentley Motors' model line-up will include only plug-in hybrids and electric cars by 2026 and will be fully electric by 2030, the British luxury car maker said on Thursday, as the auto industry adapts to tighter emissions limits in Europe and China.

The 100-year-old company, owned by Germany's Volkswagen, said it would launch two plug-in hybrids next year as part of its “Beyond100" strategy to accelerate the development of electrified models.

Last week, Volkswagen announced a return to profit for the third quarter thanks to surging demand for luxury cars.

“Within a decade, Bentley will transform from a 100-year-old luxury car company to a new, sustainable, wholly ethical role model for luxury,” Bentley CEO Adrian Hallmark said in a statement.

Earlier this year, Bentley said it would cut up to 1,000 jobs, or nearly a quarter of its workforce, as the Crewe, northwest England-based company shifts towards an electric model line-up.

Toyota Motor Corp more than doubled its full-year operating profit forecast on Friday, as vehicle sales rebound in China from a coronavirus pandemic ...
Motoring
10 months ago

Luxury car maker Ferrari expects 2020 earnings at the top of its previous guidance range after beating forecasts in the third quarter and as key new ...
Motoring
10 months ago

BMW said on Wednesday third-quarter profit rose almost 10% thanks to rebounding Chinese demand for luxury cars and it reiterated its stated outlook, ...
Motoring
10 months ago