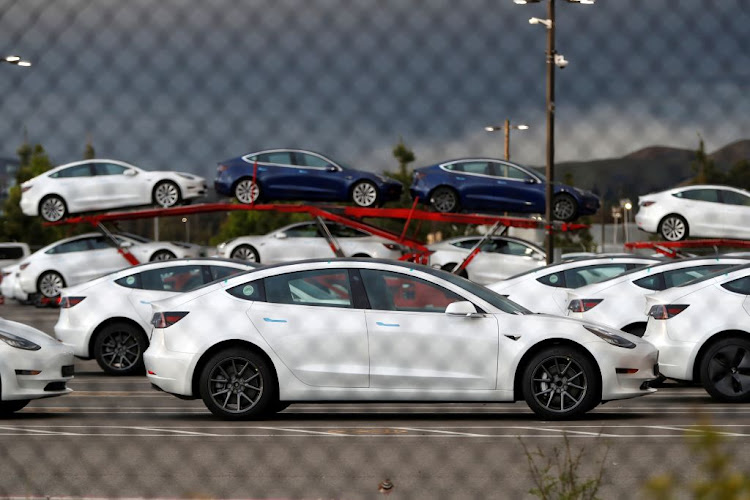 New Tesla electric vehicles are seen in a lot at Tesla's vehicle factory in Fremont, California, US, on May 11 2020.
Image: REUTERS/Stephen Lam

Black employees make up just 4% of Tesla Inc's American leadership roles and 10% of its total workforce in the country, the electric carmaker has disclosed in its first US diversity report.

Women comprise 17% of the company's US leadership roles — directors and vice-presidents — and 21% of the overall workforce, according to the report. The figures for Asian, black and Hispanic people combined are 33% and 60%.

The carmaker noted, though, that leadership roles were a “very small cohort”, or less than 0.4%, of its workforce.

Elon Musk's Tesla, whose meteoric rise has seen it become the most valuable auto company in the world and worth about $550 billion, acknowledged the lack of representation.

“We know that our numbers do not represent the deep talent pools of black and African American talent that exist in the US at every level — from high-school graduates to professionals,” it said in the Diversity, Equity and Inclusion Impact Report 2020 published on Friday.

“While women are historically underrepresented in the tech and automotive industries, we recognise we have work to do in this area,” it added.

Tesla, based in Palo Alto, California, said it planned to increase representation of all under-represented groups next year and would be recruiting at historically black colleges and universities.

Nasdaq Inc filed a proposal with the US Securities and Exchange Commission on Tuesday that, if approved, would require all Nasdaq-listed companies to adopt new rules related to board diversity.

Next time SAA needs a few billion for its bottomless money pit, it could try asking one of SA's most famous sons for help.
News
1 year ago

Here’s why Tesla and SpaceX don’t have Pretoria headquarters

South Africans like to claim credit for Elon Musk, the eccentric but brilliant business magnate and industrialist. Local media proudly tout his ...
Opinion & Analysis
1 year ago