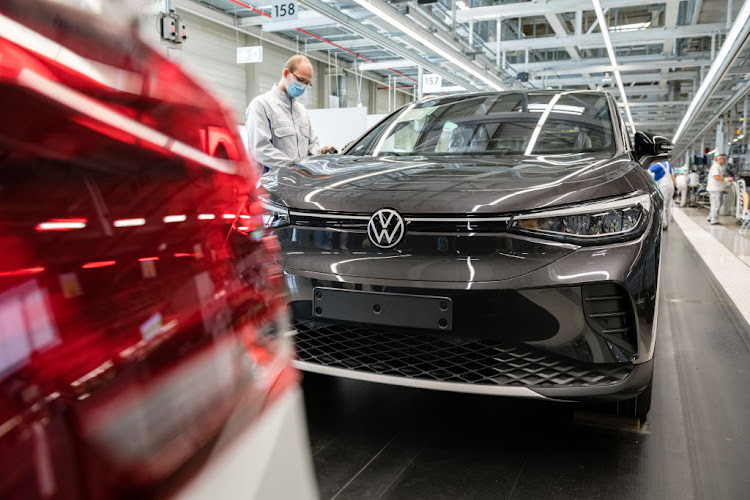 Automakers around the world are shutting assembly lines due to problems in the delivery of semiconductors.
Image: Jens Schlueter/Getty Images

German car manufacturer Volkswagen is looking into possible claims for damages against its suppliers Bosch and Continental due to a lack of semiconductors, Automobilwoche magazine reported on Sunday.

Automakers around the world are shutting assembly lines due to problems in the delivery of semiconductors, which in some cases have been exacerbated by former US president Donald Trump administration's actions against key Chinese chip factories.

Citing people familiar with the matter, Automobilwoche reported Volkswagen was in talks with alternative suppliers of semiconductors but there were concerns this could lead to higher prices.

Volkswagen wants to make sure both Bosch and Continental share the burden and partly compensate the company for the resulting additional costs, the magazine reported.

Contacted by Reuters, a Volkswagen spokesman declined to comment, and Bosch and Continental did not immediately respond to requests for comment.

The magazine cited Bosch company sources which said the car supplier was ready to discuss the matter directly with its customers and suppliers in due course.

German economy minister Peter Altmaier has asked his Taiwanese counterpart Wang Mei-hua to persuade Taiwanese manufacturers to help ease the shortage of semiconductor chips which is hampering its fledgling economic recovery from the Covid-19 pandemic.

Despite reduction in fatalities SA is still blighted by road deaths, says AA

The Automobile Association says a reduction in fatalities on the country's roads during the resent festive season is welcome news but must be seen in ...
Motoring
7 months ago

Tesla Inc is gearing up to launch in India but the US electric car maker is likely to remain a niche player for years, catering only to the rich in ...
Motoring
7 months ago

Nissan will source more batteries from Britain to avoid tariffs on electric cars after the UK's trade deal with the EU, which a senior executive told ...
Motoring
7 months ago