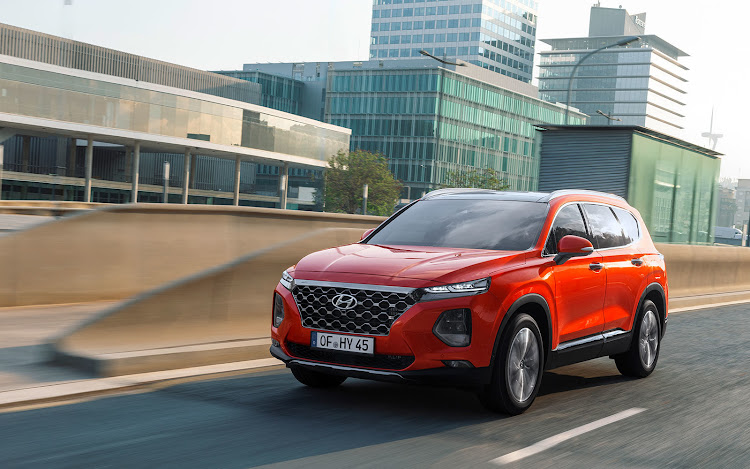 SUV's such as the Santa Fe helped to push up Hyundai's Q4 profit.
Image: Supplied

Hyundai Motor Co on Tuesday posted a 57% jump in quarterly profit on strong demand for high-margin SUVs and its premium Genesis cars, but results came in slightly below expectations due to the impact of a strong South Korean won.

That fell short of the 1.5 trillion won (roughly R20.8bn) average of 16 analyst estimates compiled by Refinitiv.

“Hyundai had a good fourth quarter, especially in the US, where higher average-selling-price cars such as SUVs saw increasing demand as consumers shun public transit because of Covid-19 and low petrol prices,” said Lee Han-joon, an analyst at KTB Investment & Securities.

Hyundai also saw solid demand for its cars last year in emerging markets such as India, despite the pandemic, but delivered a loss in the October quarter as it provisioned for a big engine-quality related bill.

Demand for its vehicles from car-rental companies that purchase in bulk are however still tepid, analysts said, though sales of its luxury cars remain a bright spot.

Hyundai is making a big push into electric vehicles (EVs) and has said it will introduce an EV-only platform in early 2021 that will use its own battery technology to cut production time and costs.

Analysts expect a boost to its EV sales this year despite a global recall of Kona Electric due to fires.

Recent news that Hyundai was discussing an electric car and battery tie-up with Apple Inc pushed up the automaker's shares by the most in more than three decades.