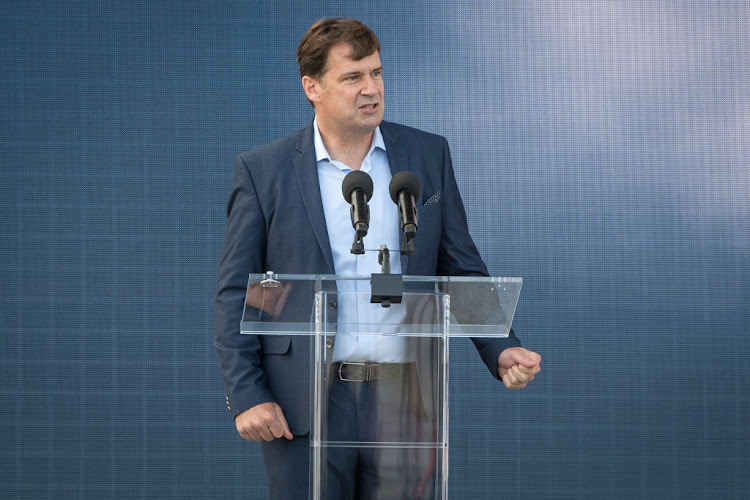 The US International Trade Commission (ITC) on Wednesday sided with LG Chem, but permitted SK to import components for domestic production of lithium ion batteries for Ford's EV F-150 programme for four years, and for Volkswagen of America's electric vehicle line for two years.

“A voluntary settlement between these two suppliers is ultimately in the best interest of US manufacturers and workers,” Farley wrote on Twitter, adding that the “ITC ruling makes way for @Ford to bring to market our groundbreaking electric F-150".

LG Energy Solution and SK Innovation did not have comment on the matter when reached by Reuters on Friday. Volkswagen also declined to comment.

The ITC said the decision would allow the automakers to transition to new suppliers for these programmes.

“SKI's total disregard of our warnings and intellectual property rights gave us no choice but to file this case,” Kim Jong-hyun, the CEO of LG Energy Solution, said in a statement.

SK Innovation said on Wednesday it regretted the ITC's decision but noted there was a 60-day presidential review period in which President Joe Biden could decide to reverse the ruling. Biden has made electric vehicles and reducing vehicle emissions a top priority. The White House declined to comment.

Volkswagen and Ford previously warned that a US legal row between South Korean battery makers could disrupt supplies of the key EV parts and cost US jobs during the Covid-19 pandemic.

Farley said last week on a conference call with analysts that Ford's $22bn (roughly R321,939,420,000) investment in electrification does not include potential investment in battery production, whether through Ford itself or via a joint venture.

US chip industry calls on Biden administration to fund factories

A group of US chip companies on Thursday sent a letter to President Joe Biden urging him to provide "substantial funding for incentives for ...
Motoring
1 year ago

Volkswagen AG on Thursday said it will use Microsoft Corp's cloud computing services to help it streamline its software development efforts for ...
Motoring
1 year ago

SK Innovation loses US battery trade case but gets temporary OK to sell to Ford, VW