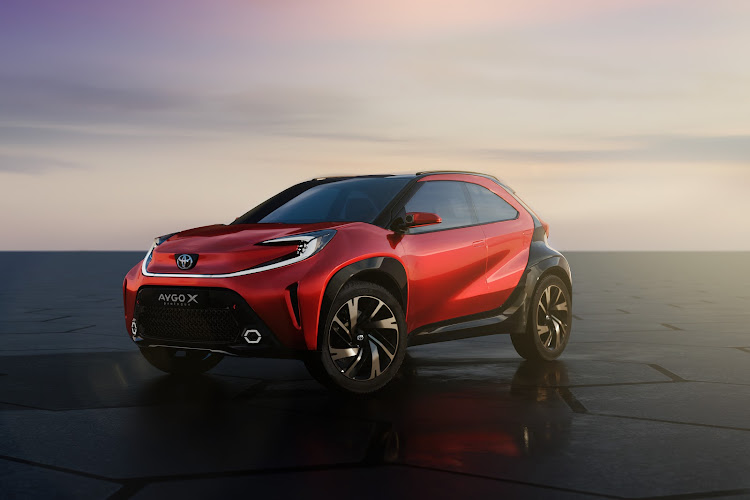 The Aygo X prologue is an idea for a small and playful SUV for the European market.
Image: Supplied

Toyota has shown a fun new concept car. The Aygo X prologue is a vision of what could be a standout, go anywhere little A-Segment city romper for European customers. The design study is the work of ED², Toyota’s European Design studio located on the Côte d’Azur, France.

“Fun and playfulness has always been at the heart of Aygo. Now, we’ve added to its DNA an additional pinch of hot spice,” says Lance Scott, design director at ED².

With bi-tone graphics and hexagonal design influences, the Aygo X has a  wedged roofline that’s said to increase the feeling of dynamism, and the Aygo X prologue turns on the sports utility charm with hi-tech lamps that hug the upper hood to form a wing-like shape, a large grille, fog lamps and skid-plate. 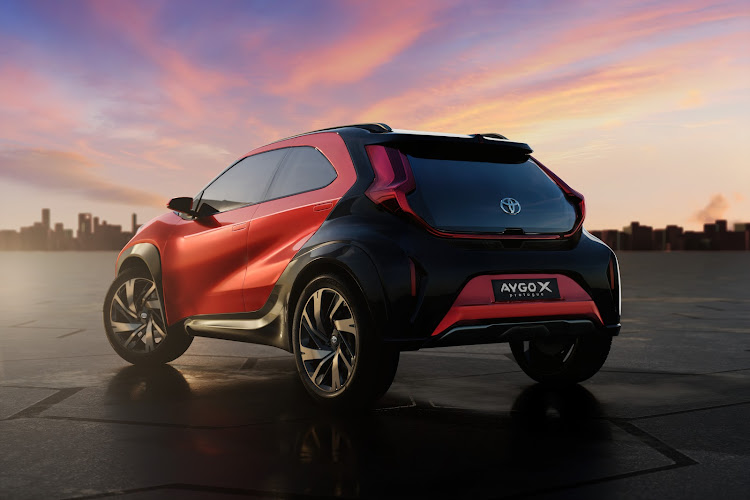 From every angle the Aygo X Prologue expresses a strong personality.
Image: Supplied

An integrated roof rack accentuates the vehicle’s hexagonal theme while a rear skid plate houses a bicycle-holder mount. An action camera is also mounted on its wing mirrors for owners to capture memories of their exploration.

Colours are central to our emotions, says Toyota, and this is also true for Aygo X prologue. The company says it wanted to bring the “spicy” concept to life by using certain ingredients known for their zest, like chilli, ginger, wasabi and black pepper. Further play on the colour scheme is the inclusion of a fine sprinkling of blue metallic flake into the paint mix, resulting in a dazzling effect with a paint known as “Sparkling Chilli Red”.

“With the Aygo X prologue, I believe we’ve demonstrated that a small car can still be big and bold in personality,” says Ken Billes, assistant chief designer at ED².

For now the Aygo X prologue remains a concept vehicle with no clear indication on whether it will be produced.