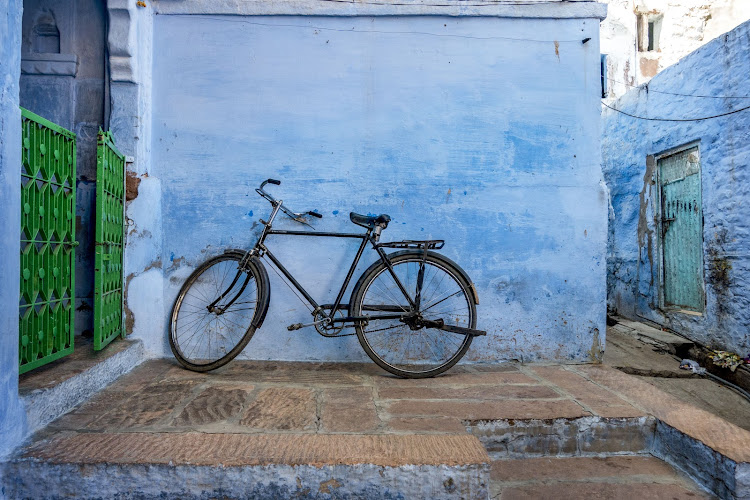 Ranchi City in India is encouraging its residents to swap cars for bicycles every Saturday in an attempt to help combat harmful air pollution.
Image: rawpixel / 123rf

Every Saturday, Shankar Yadav dusts off an old bicycle and pedals to work, reliving his carefree school days and hoping fellow Indians will join him in ditching cars to protect the planet.

In one of India’s most ambitious such plans, Ranchi city’s “har shanviar, no car” (every Saturday, no car) campaign goes well beyond other towns that have banned cars from a few lanes for set hours every weekend but risked nothing more.

“We are a small city and studies have shown most residents live within a 5km radius of their workplace, school or markets,” Yadav, a deputy commissioner with the Ranchi municipal corporation, told the Thomson Reuters Foundation.

“Though there is no law to implement this idea, we are hoping people will embrace it because it is very doable here. Barring the elderly, our analysis shows most people can easily switch to a bicycle or walk.”

The scheme kicked off this month, a small-city initiative in a vast country that faces ever-worsening pollution.

Akanksha, a first-time rider in Ranchi, said she enjoyed the ride and was “quite excited” by the eco-rationale.

“I did have to deal with the city traffic and the pollution, but am hoping as the idea catches on, these problems will be addressed,” said the music teacher who goes by one name.

“I think cycling with a guitar might be difficult but I definitely wanted to set an example for my students.”

“I think cycling with a guitar might be difficult but I definitely wanted to set an example for my students.”

The cost of inaction is steep.

Bad air was linked to 1.24-million deaths, or one in eight of those who died, in India’s latest nationwide pollution study.

Ranchi, the captial of eastern Jharkhand state with an urban population of 1.5-million, has ambient air pollution levels that are seven times higher than World Health Organisation recommended standards, according to studies.

It has also been identified by the National Clean Air Programme as one of 122 “non-attainment cities” that consistently fall short of national standards.

“It is a welcome move and heartening to know smaller cities are starting these initiatives,” said Sarika Panda, who set up the country’s first lasting car-free initiative in 2013.

“This is a good time to push for this switch as people are more aware and understand the need to reduce their carbon footprint.”

Ahead of launch, Ranchi built 50 bike stands where residents can rent wheels by the hour. Cycle tracks are due to follow.

Urban planners welcome these small and “symbolic gestures” as they foster awareness and force authorities to improve facilities for walkers and cyclists.

Citing Shimla in northern Himachal Pradesh, home to one of India’s oldest pedestrian-only streets, researchers said both momentum and longevity are key to clean air in the long term.

“Any intervention that cuts air pollution is good but if there are many exceptions to the rule there will be no benefits,” said Sarath Guttikunda, director of UrbanEmissions.Info, an independent research body.

“If we really have no cars running on the roads for 24 hours, it will make a difference. Otherwise, in small events like a no vehicle street for a day, it is difficult to measure change. They are just good awareness exercises.”

Yadav agrees it is too soon to crow about success, but said the early signs are promising and the goal is ambitious.

While precise data on the new scheme was not yet available, interest in cycling is rising.

In 2019, more than 9,000 people registered on the bike sharing app started by the civic body. During the Covid-19 pandemic, many more have invested in bicycles, Yadav said.

“It is early days but government officials, politicians and prominent citizens are setting the example,” Yadav said.

“Besides pollution we are also linking it to a healthy lifestyle and the Indian government’s Cycle4Change challenge. A lot will depend on the enthusiasm of the city’s residents.”

Students and their parents generally have different tastes – in food, music, movies, social media channels. But what about cars? How do their ...
Motoring
1 month ago

At last, you finally have the right to repair your car where you like

This week, motor industry umbrella body Naamsa downed its weapons and announced its support for the Guidelines for Competition in the South African ...
Motoring
2 months ago
Next Article