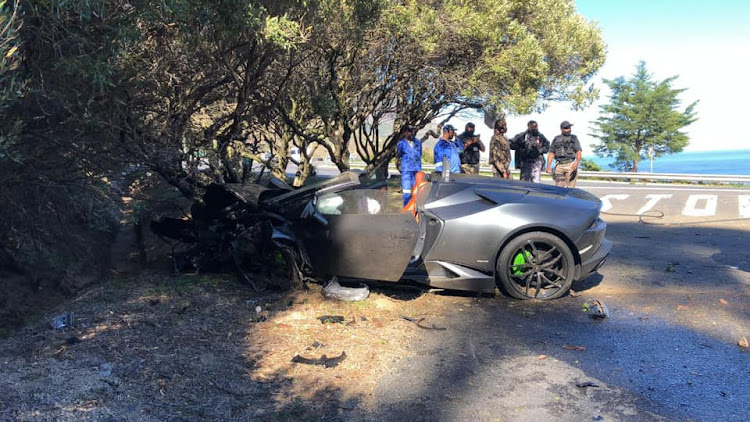 A Lamborghini Huracán Spyder met its demise on Tuesday morning near the intersection of Victoria Road and Llandudno Road in Llandudno, Cape Town. Reports and photographs shared on various social media platforms show that the Italian supercar had driven nose-first into a roadside tree causing serious structural and mechanical damage. At this moment it is not known what caused the crash. Though all airbags deployed on impact nobody travelling inside the car sustained any serious injuries, according to reports. 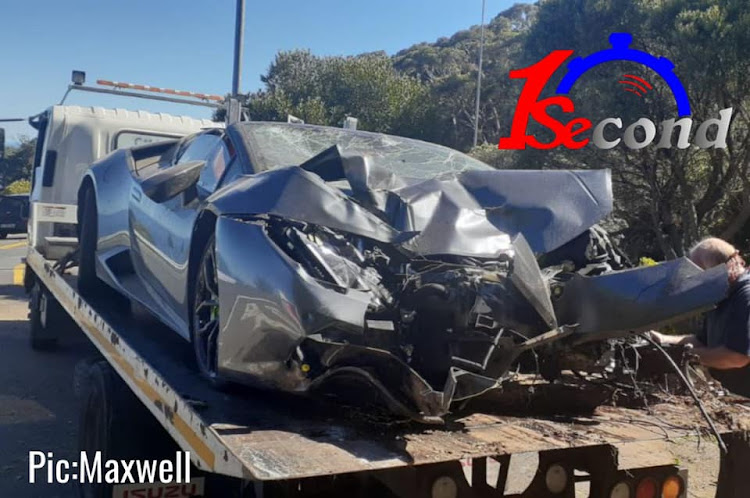 The Huracán Spyder being loaded onto a flatbed.
Image: Maxwell from @1SecondLater | Facebook

The ultra-exclusive Lamborghini Huracán Spyder has been available on the market since 2016. Pricing for this high-powered drop-top now starts upwards from R5m.

The internet has been shook over Kevin Hart's totally #awesome new 1959 Chevrolet Corvette restomod. The 41-year-old American comedian purchased this ...
Motoring
1 month ago

Shares of Tesla Inc surged nearly 8% in pre-market trading on Monday, after the world's most valuable carmaker posted record deliveries as a solid ...
Motoring
1 month ago

Double cabs are in demand like never before – but should you buy one new or used? And what can you expect to pay? The latest Bi-annual AutoTrader Car ...
Motoring
1 month ago
Next Article