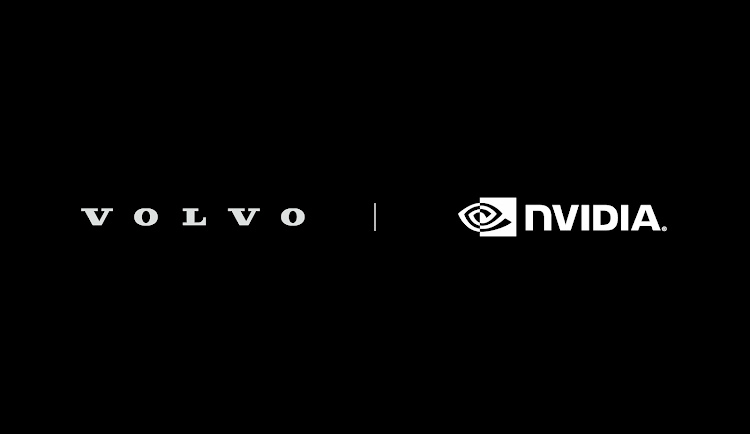 Volvo Cars is expanding its collaboration with NVIDIA to use NVIDIA DRIVE Orin system-on-a-chip (SoC) technology to power the autonomous driving computer in next generation Volvo models.
Image: Supplied

Volvo Cars said on Monday it will use a new generation of high-powered chips from Nvidia Corp to enable more autonomous driving functions in future vehicles, starting next year.

Volvo is among a crowd of new and established automakers putting digital processing power ahead of horsepower as they try to catch up with Tesla Inc.

Nvidia, a maker of high-powered chips for gaming and data processing centres, has benefited from the computing power race among automakers. Company CEO Jensen Huang told investors Monday Nvidia forecasts it can generate $8bn (roughly R116.8bn) in revenue over the next six years from sales of its Nvidia DRIVE automotive systems.

Tesla, the world's most valuable automaker, has taken the lead in software-driven features and functional capability in part by equipping its cars and SUVs with powerful, and expensive, on-board computers that can manage complex tasks such as automated driving, and be upgraded over the air.

For Nvidia, the Volvo agreement, a similar deal with electric vehicle start-up Faraday Future, and other agreements expected in the coming weeks mark a reboot of growth for the gaming and data centre processor company's automotive business.

“Nvidia's pipeline of automotive orders has grown into the many billions of dollars,” Danny Shapiro, Nvidia's senior director of automotive, told reporters ahead of the company's GTC21 conference on Monday. Revenue for the company's automotive business fell 23% in 2020.

In a nod to Tesla, Volvo said vehicles equipped with the new Nvidia Orin systems will be “hardware-ready” for autonomous driving features such as a “Highway Pilot” feature that will be activated via a software download “when it is verified to be safe for individual geographic locations and conditions”.

Faraday Future said it will offer autonomous driving, parking and a “summon” feature in its FF 91 model due out in 2022. Tesla already offers a “summon” system that allows a car to navigate through a parking lot at the owner's remote command.

Nvidia also said on Monday it is developing a new on-board computer system on a chip called Atlan that will give a car the computing power currently found in a data centre. This chip should be ready for 2025 models, Nvidia said.

European and US buyers are warming to the idea of purchasing a battery-powered vehicle, but continue to have concerns over the price of the ...
Motoring
3 weeks ago

South Korea's financial regulator is set to investigate stock trades made by Hyundai Motor Co executives, after allegations they may have used ...
Motoring
3 weeks ago

Remember when plug-in hybrid cars were the go-to technology for the climate-conscious driver? Turns out, they're not good for the environment, ...
Motoring
3 weeks ago
Next Article