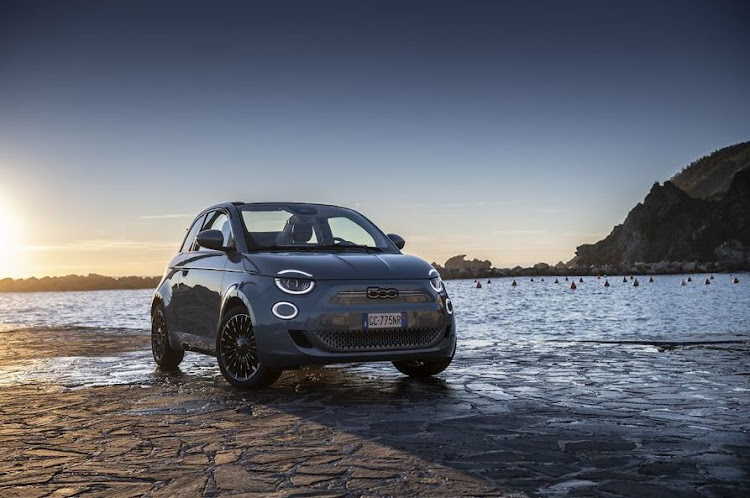 Stellantis is aiming to have more electric vehicles like the Fiat New 500 on the road by 2025.
Image: Supplied

Newly-created carmaker Stellantis will offer electric versions of almost all of its European line-up by 2025, it said on Thursday, as the auto industry faces regulatory pushes in Europe and China to accelerate the shift to zero-emission cars.

Formed in January by the merger of France's PSA and Italian-American group Fiat Chrysler, Stellantis is the world’s fourth largest carmaker, with 14 brands including Opel, Jeep, Ram and Maserati, and, like its peers, faces an investor community keen for a road map to an electric line-up to rival Tesla.

Speaking during Stellantis' first annual shareholders meeting, CEO Carlos Tavares said that in 2021 the carmaker expects sales of electrified vehicles - both plug-in hybrids and fully electric models - to more than triple to over 400,000 units in 2021.

Tavares said by 2030 electric models should make up 70% of European sales and 35% of US sales.

He said Stellantis will use four electric platforms for passenger vehicles across its 14-brand empire - small, medium and large sizes for cars, and “frame” for high-margin SUVs and pickup trucks.

Sweden's Volvo said this month its line-up would be fully electric by 2030, and Ford Motor Co said in February its line-up in Europe would be too.

BMW has said at least 50% of its car sales should be fully-electric models by 2030.

Sales of electric and plug-in hybrid cars in the EU almost trebled to over 1 million vehicles last year, accounting for more than 10% of overall sales.

South Korea's SsangYong Motor has been put under court receivership, the Seoul Bankruptcy Court said on Thursday, in an attempt to rehabilitate the ...
Motoring
1 month ago

Providing cheaper fuels to SA citizens will not happen with the flick of switch but will require a multi-faceted, multi-departmental approach with ...
Motoring
1 month ago

Ford Motor Co on Wednesday outlined another series of plant shutdowns due to the global semiconductor chip shortage, with five facilities in the US ...
Motoring
1 month ago
Next Article