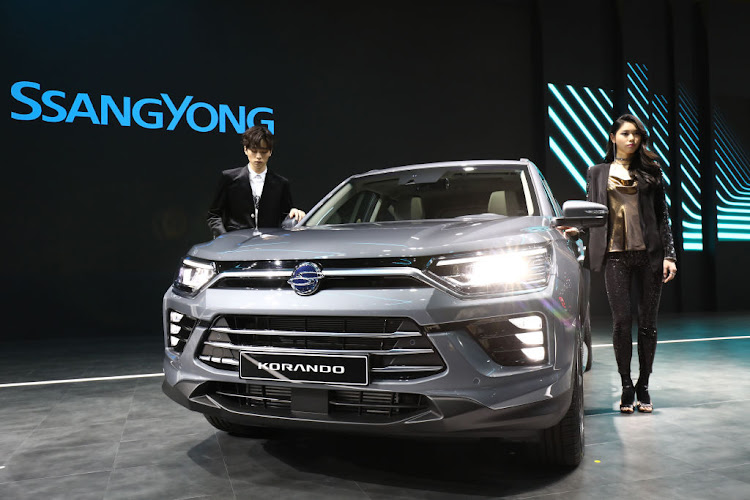 A model poses next to a SsangYong Korando at the Seoul Motor Show 2019 at KINTEX on March 28 2019 in Goyang, South Korea.
Image: Chung Sung-Jun/Getty Images

South Korea's SsangYong Motor has been put under court receivership, the Seoul Bankruptcy Court said on Thursday, in an attempt to rehabilitate the car maker after majority owner Mahindra and Mahindra failed to secure a buyer.

SsangYong applied to the court in December for receivership after it defaulted on a loan repayment.

The South Korean automaker is expected to submit a rehabilitation plan to the court by June.

“We plan to promote the early termination of the rehabilitation process through the completion of the M&A, such as selecting an adviser in the shortest possible time in consultation with the Seoul Bankruptcy Court,” SsangYong said in a statement.

SsangYong is burdened with high debt, and the company has said its 2020 vehicle sales fell more than 20% from a year earlier to 107,416 vehicles.

Indian automaker Mahindra, which owned 75% of SsangYong as of the end of last year, has been looking for a buyer for all or most of its stake, which it bought when the South Korean automaker was near-bankruptcy in 2010, but Mahindra has struggled to turn it around.

Ford said on Wednesday it will start putting its hands-free highway driving technology in some of its pickup truck and Mustang models later this year.
Motoring
1 month ago

The European Union's deployment of charging infrastructure for electric vehicles is not quick enough to meet the bloc's targets, EU auditors said on ...
Motoring
1 month ago

Volkswagen must fully compensate customers who took out loans to buy diesel cars that were discovered to be fitted with devices to cheat emissions ...
Motoring
1 month ago
Next Article