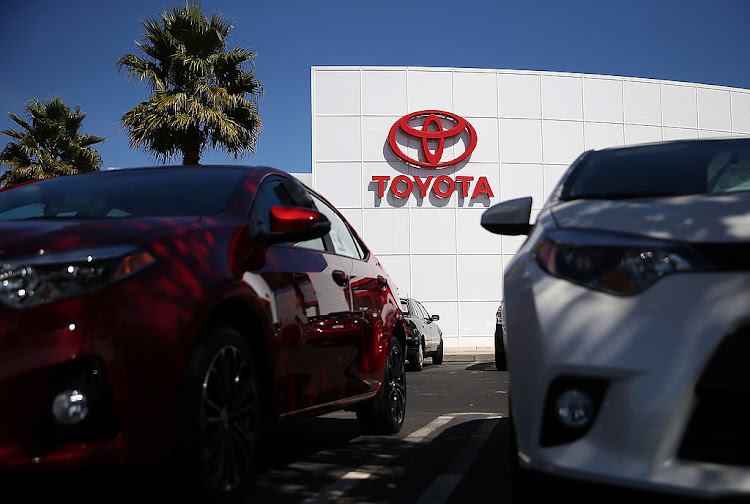 Japan's Toyota Motor Corp signalled a shift in its climate change stance on Monday, saying it would review its lobbying and be more transparent on what steps it is taking as it faces increased activist and investor pressure.

The car maker came under scrutiny after siding with the Trump administration in 2019 in a bid to bar the state of California from setting its own fuel efficiency rules.

Toyota “will review public policy engagement activities through our company and industry associations to confirm they are consistent with the long-term goals of the Paris Agreement,” it said in a statement, adding that actions will be announced by the end of this year.

The automaker also said it will “strive to provide more information so that our stakeholders can understand our effort to achieve carbon neutrality”.

A company spokesperson, who confirmed that “public policy engagement activities” includes lobbying, was not able to respond immediately to questions about pressure from investors.

Four funds with about $235bn (roughly R3,341,582,500,000) in assets under management are pressuring Toyota before its annual shareholder meeting in June to draw a line under its lobbying against international efforts to prevent catastrophic global warming.

“This move must not be a PR exercise but instead signal a clear end to its role in negative climate lobbying which has given it a laggard status,” Jens Munch Holst, CEO of Danish pension fund AkademikerPension, told Reuters.

AkademikerPension has “escalated via intense direct engagement” with Toyota after a decade of communicating with the automaker through a third party, Troels Børrild, spokesperson at the Danish fund, said.

AkademikerPension will consider preparing a shareholders resolution to submit at next year's annual general meeting if “Toyota fails to deliver on its commitment,” Børrild said.

The fund would consider selling its Toyota holding if there is no change, but the spokesperson said fund officials did not believe it would come to that.

“Right up until now, the company has repeatedly undermined climate action, from opposing the UK government's ban on internal combustion engines by 2030 to opposing car fuel economy standards in the US,” Munch Holst said.

The Toyota spokesperson told Reuters it would need more time to respond to Munch Holst's comments.

The other investors are Church of England Pensions Board, Sweden's AP7 and Norway's Storebrand.

Toyota was among major automakers that supported the Trump administration in its attempt to bar California from setting its own fuel-efficiency rules or zero-emission requirements.

They have since dropped that support in a “gesture of good faith an to find a constructive path forward” with the Biden administration.

With pressure growing on car makers to slash emissions, Toyota is also scrambling to produce EVs that can compete globally with rivals' models.