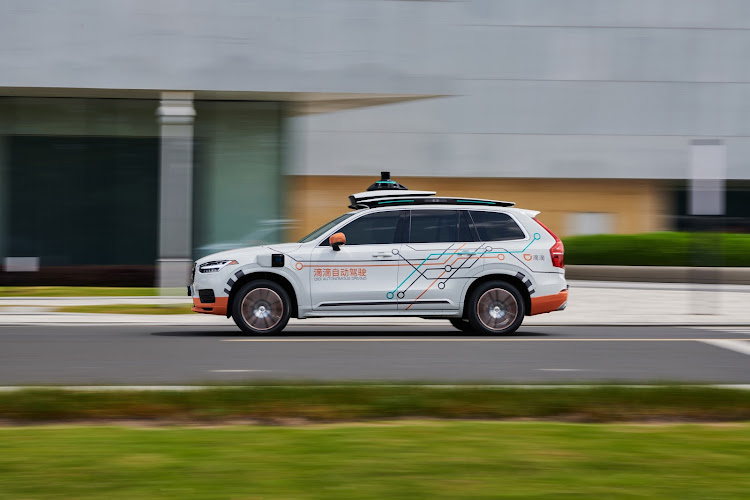 Volvo Cars is teaming up with the world’s leading mobility technology platform, DiDi, for a self-driving test fleet.
Image: Supplied

Swedish carmaker Volvo Cars said on Monday it has signed an agreement to provide cars to the autonomous driving technology unit of China's top ride-hailing firm, Didi Chuxing, for its self-driving test fleet.

Volvo Cars, which is owned by China's Zhejiang Geely Holding Group Co Ltd, will initially provide Didi with hundreds of vehicles, with the aim of adding more as the self-driving test fleet expands, head of strategy Alexander Petrofski told Reuters.

“For us this is a tremendous opportunity because we gain real-world know-how and get to test our vehicles in a real-world environment,” Petrofski said. “This is something we will benefit from when we start rolling out this technology in applications for our customers.”

Petrofski said a few of the vehicles have already been delivered to Didi.

“This (new agreement with Didi) is in line with our vision to be the partner of choice on a global level” for self-driving fleets, said Volvo's head of autonomous driving strategy, Johan Taws.

Price of petrol slightly up, diesel down in May

Stability on international petroleum markets and a stronger exchange rate have given fuel prices a breather. This is according to the Automobile ...
Motoring
3 weeks ago

Nissan Motor Co will slash production at several factories in Japan next month due to a critical shortage of semiconductors, three sources with ...
Motoring
3 weeks ago
Next Article