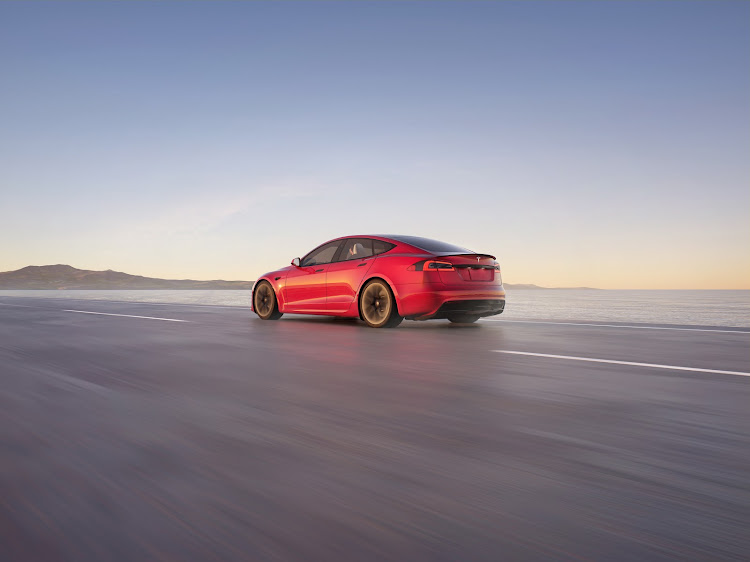 A Tesla Model S similar to the one that crashed in Texas, US, last weekend.
Image: Tesla Inc

Influential US magazine Consumer Reports said on Thursday its engineers were able to operate a Tesla Inc vehicle without anyone in the driver's seat, but the system failed to send out a warning or indicate that the driver's seat was empty.

The engineers tested a Tesla Model Y this week as investigators probe an accident where two men died after their Tesla Model S, which was believed to be operating without anyone in the driver's seat, crashed into a tree on Saturday night north of Houston, Texas.

“In our evaluation, the system not only failed to make sure the driver was paying attention, but it also couldn't tell if there was a driver there at all,” said Jake Fisher, senior director of Consumer Reports' auto testing.

“Tesla is falling behind other automakers like GM and Ford that, on models with advanced driver assist systems, use technology to make sure the driver is looking at the road.”

Tesla's Autopilot is a driver assistance system that handles some driving tasks and allows drivers to take their hands off the steering wheel at times, but Tesla says its features “require active driver supervision and do not make the vehicle autonomous.”

Tesla did not immediately respond to a Reuters request for comment.

The Consumer Reports story comes amid growing scrutiny over Tesla's semi-automated driving system after recent accidents and as it is preparing to launch its updated “full self-driving” software to more customers.

NHTSA said on Monday it was sending a special crash investigation team to probe the crash and has opened 28 crashes into Tesla crashes to date, with four pending. NHTSA did not immediately comment on the letter.

Tokyo will not host its motor show this year because of the global coronavirus pandemic, organisers said on Thursday, underscoring Japan's struggle ...
Motoring
3 weeks ago

Car maker Stellantis said on Wednesday it would replace digital speedometers with more old-fashioned analogue ones in one of its Peugeot models, in a ...
Motoring
3 weeks ago

The Volkswagen ID.4 has been voted the 2021 World Car of the Year by 93 journalists from 28 countries. It is the second electric vehicle to claim the ...
Motoring
3 weeks ago
Next Article