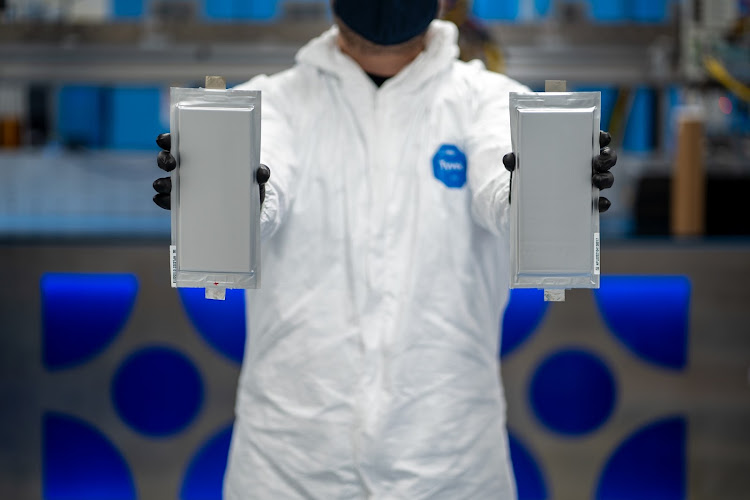 Ford Motor Co and BMW AG are leading a $130m (roughly R1,879,469,800) funding round in a solid-state battery startup, Solid Power, as car makers push to lower the cost of electric vehicles by investing in the development of affordable but powerful rechargeable batteries, the companies said on Monday.

The Series B investment round, which includes venture capital firm Volta Energy Technologies, allows Solid Power to expand in-house manufacturing capabilities and positions the battery maker to eventually supply future EVs, possibly by the end of the decade, according to BMW battery cell technology chief Peter Lamp. Solid Power declined to say at what level the funding round values the company.

"The partnerships and the capital that comes along with it are really going to put us on a good footing to execute on our road map, which simply speaking is qualifying this technology for vehicle use and getting them into vehicles in the not-too-distant future," Solid Power Chief Executive and co-founder Doug Campbell said in an interview.

Car makers are racing to develop EVs amid tightening CO2 emission standards in Europe and China.

Solid-state battery technology involves a high-capacity energy storage device that improves on lithium-ion batteries, replacing the liquid or gel-form electrolyte with a solid, conductive material. Among other benefits, the new technology offers more energy density and better safety due to a lack of flammable components. Solid Power has said its technology can deliver 50% more energy density than current lithium-ion batteries.

However, solid-state battery technology is more expensive than lithium-ion cell technology. It also must prove it can operate and remain durable in the real world, and must increase its scale to meet industry demand. 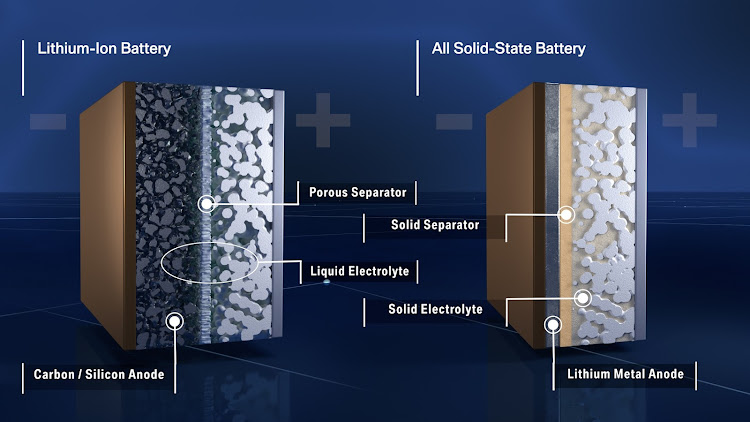 Monday's announcement marks the second investment in Solid Power for Ford and Volta Energy. Both participated in the $26m (roughly R375,873,680) Series A round in 2018 that included Hyundai Motor Co and Samsung Electronics.

"We've been working with more than a dozen different startups in this space and we've been most impressed with the progress that Solid Power has made," Hau Thai-Tang, Ford's chief product platform and operations officer, said.

Solid Power, based near Denver, raised $5m (roughly R72,283,400) in convertible debt from BMW iVentures earlier this year. Its partnership with the German car maker began in 2016.

Following the latest investments, Ford and BMW will own equal, unidentified stakes in Solid Power, which was established in 2012 as a spinout from the University of Colorado Boulder, Campbell said.

Ford is pushing to electrify key models in its lineup, including the Transit van late this year and F-150 pickup mid-2022, and already sells the all-electric Mustang Mach-E SUV. It previously said it will invest $22bn (roughly R317,900,000,000) in electrification through 2025.

Toyota Motor Corp, which has called the technology a "game changer," plans to introduce solid-state batteries on an electrified platform by 2025.

Another solid-state battery startup is Volkswagen-backed QuantumScape, which aims to introduce its battery in 2024. It went public last year through a reverse merger with a special-purpose acquisition company (SPAC).

Campbell declined to say whether Solid Power is exploring going public with a SPAC.

Taiwan Semiconductor Manufacturing Co Ltd expects to be able to catch up with the "minimum requirement" of customer demand for auto chips by the end ...
Motoring
2 weeks ago

Fuel prices have made a turnaround from last month, with across-the-board price reductions in all fuel types expected when the department of mineral ...
Motoring
2 weeks ago
Next Article