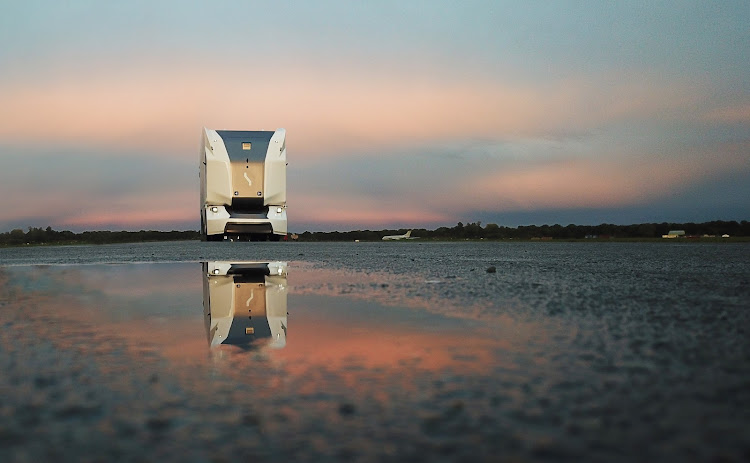 The Einride Pod is an electric self-driving truck without a driver cabin.
Image: Einride

This brings the total amount Einride has raised to $150m (roughly R2.1bn) and the fresh financing will be used to scale up deployments with the start-up's major customers in Europe and the US.

The company has developed the Einride Pod, an electric self-driving truck without a driver cabin.

CEO Robert Falck told Reuters Einride has between 10 and 20 vehicles and aims to use the funding to have five to six times as many operating, mostly in the US. He declined to give a specific valuation for the company but said it is approaching $1bn (roughly R14.3bn).

Self-driving technology for freight trucks has attracted investor attention as it should be easier and cheaper to roll out than in self-driving cars and robotaxis, while providing a clearer path to profitability.

“Long-term investors are really looking for that opportunity to make this shift happen,” Falck said.

“We believe that both electric and autonomous will be the future of freight,” said Jessica Schultz, a general partner at Northzone. “We think that the market is at an inflection point, where you will see a big shift to first electric and then autonomous.”

News cars and new strategy: how Renault plans to tackle the future

The worldwide chip shortage has delayed the planned 2021 introduction of the new Renault Captur SUV and Clio hatchback in SA, with the vehicles only ...
Motoring
6 months ago

Keen on purchasing a new Volvo? SA motorists can now click on over to My.Volvo: an online showroom where they can buy one of the Swedish luxury car ...
Motoring
6 months ago