WATCH | Man drives his car over a pedestrian bridge 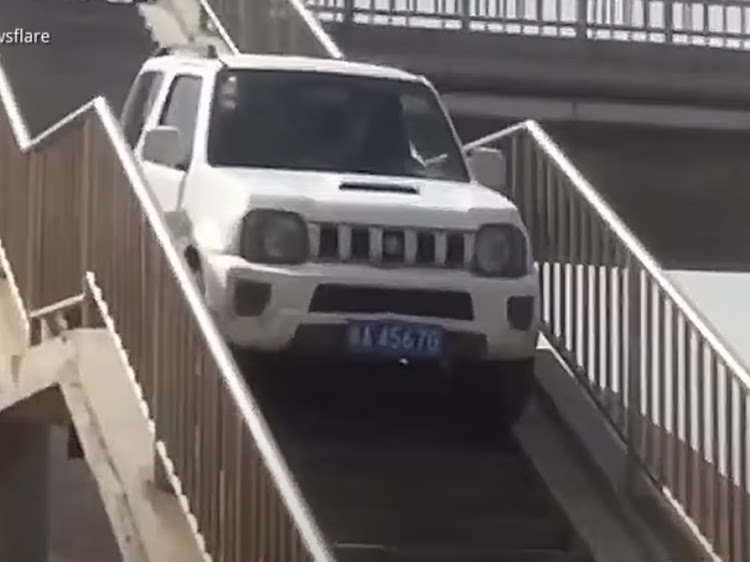 Stairs? Who cares? After missing his exit, the Jimny driver made a u-turn on a pedestrian overpass.
Image: YouTube

When you miss an offramp on the freeway, you usually drive to the next one and turn around - though we have seen impatient drivers making dangerous u-turns across the freeway divider.

A driver in China had a more novel idea by driving his Suzuki Jimny over a pedestrian overpass, as shown in this video uploaded by South China Morning Post. The diminutive SUV was small enough to squeeze through the narrow gap, drive up the stairs and over the bridge.

Fortunately there didn’t seem to be pedestrians on the bridge, except for a police officer who promptly fined the driver and deducted points from his licence.

The man’s explanation? He had missed his exit.