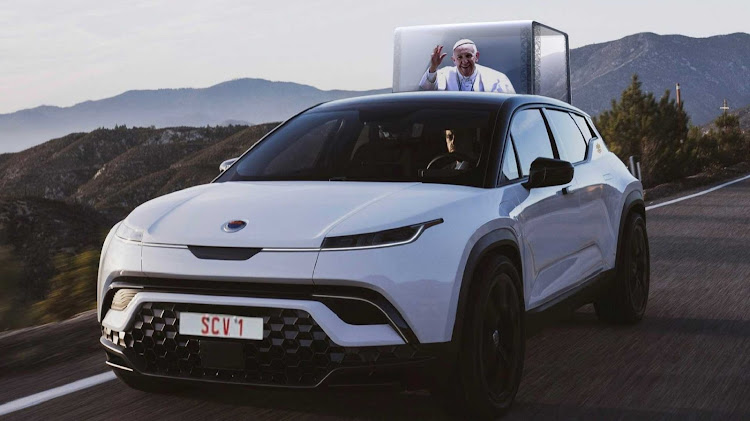 The Fisker Ocean pope-mobile as imagined by its maker.
Image: Supplied

Throughout the years popes have been transported in various cars modified and fortified for their public appearances.

Fisker Inc co-founders Henrik Fisker and Dr Geeta Gupta-Fisker are building the first purely electric car for use by the head of the Catholic church. They held a private audience with Pope Francis and presented him with a popemobile concept based on the Fisker Ocean, an all-electric SUV the company builds.

The car will have a glass cupola to allow the pope to greet the public.

The Ocean is a medium-size SUV that’s powered by an 80kWh battery pack said to offer a range of up to 483km on a full charge and equipped with a full-length solar roof that can generate enough sun power to propel the car for about 4km a day for a year.

The popemobile-in-waiting also has environmentally friendly materials inside, such as carpets made from recycled plastic bottles recovered from the ocean. 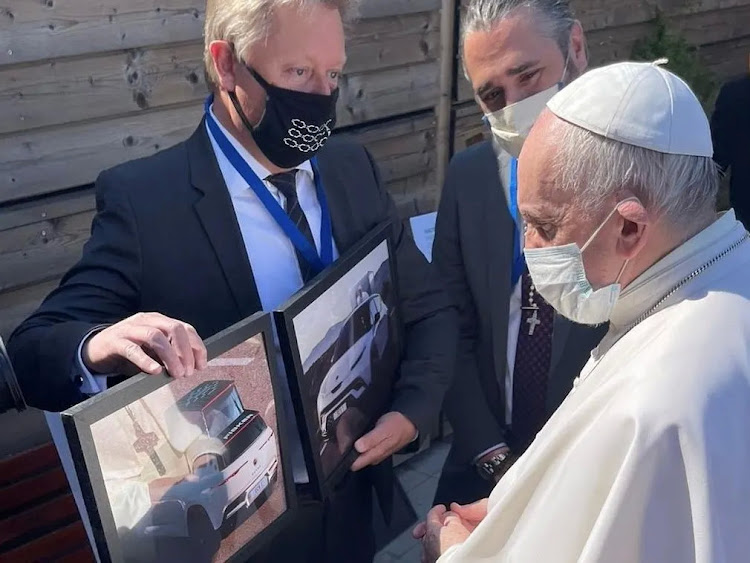 “I got inspired reading that Pope Francis is very considerate about the environment and the affect of climate change for future generations. The Ocean's spacious interior lends itself to the design of an all-glass cupola for clear views in and out of the vehicle as the Pope is transported through or near crowds of people,” said Fisker.

He plans to deliver the one-off EV to Pope Francis in 2022, coinciding with the planned series production for the Ocean SUV in November that year. Initial pricing of the Ocean SUV is said to be about $38,000 (R520,000).

Fisker Automotive was established in the US in 2007 and its first car was the Karma, a four-door luxury sedan powered by a petrol-electric hybrid power train. It ceased production of the Karma in 2012 when its battery supplier was declared bankrupt. Chinese company Wanxiang Group bought the company in 2014 and renamed it Karma Automotive.

When a Rolls-Royce is too ordinary, try the Aznom Palladium

Precious metal: only ten of these super exclusive all-terrain hyper limousines will be built
Motoring
1 year ago

From fiery factory faults to cheating on emissions tests, here are the scandals that rocked the automotive world in recent years
Motoring
2 years ago

Just how badly do electric vehicles depreciate in SA?