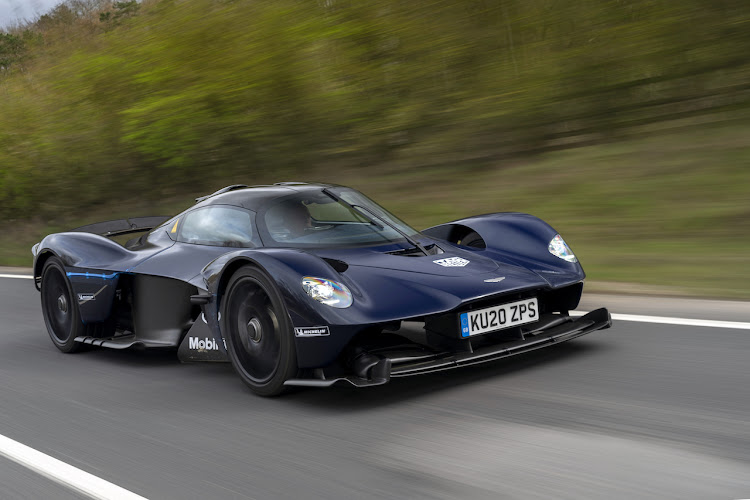 The Valkyrie is a limited-edition supercar that utilises Formula One technology and sells for about $3 million, though the company hasn't listed an official price.
Image: Aston Martin

The London-listed company has also ended its commercial agreement with the dealer, Nebula Project AG, saying it would now take customer deposits directly for special vehicles such as the Valkyrie rather than involve a third party.

Aston Martin is also ending agreements with AF Cars AG, which runs the British carmaker's St. Gallen dealership in Switzerland and is led by Nebula board members, saying that some cars were sold in breach of dealership agreements.

Nebula and one of its board members, Andreas Baenziger, did not respond immediately to e-mailed requests for comment. Florian Kamelger, another board member, said in an email that Nebula would release a statement later on Tuesday.

“Both Aston Martin and its customers have been impacted by Nebula Project AG and its board members' behaviour,” Aston Martin said in a statement.

A source close to Aston Martin said the case will be filed in a Swiss court on Tuesday, though neither the source nor the company disclosed the size of damages being sought.

Aston Martin's statement said it could face a £15m (roughly R300.2m) hit to its 2021 results because of the alleged withheld payments but added that it was on course to meet financial expectations for the year.

The Valkyrie is a limited-edition supercar that uses Formula One technology and sells for about $3m, though the company hasn't listed an official price. First deliveries are on track for the second half of this year, the company said.

Aston Martin said it would work to ensure affected customers receive their Valkyrie cars as scheduled despite the company not having received all of their money.

Japan's Nissan Motor Co will adjust production at several factories next month due to the global chip shortage, three sources with direct knowledge ...
Motoring
3 months ago

Remember the Mk4 Toyota Supra that appeared in the first two "Fast and Furious" movies? Of course you do. Piloted by the late Paul Walker, this ...
Motoring
3 months ago

Crude oil prices rose on Tuesday, with Brent hitting $75 a barrel for the first time since April 2019, as investors remained bullish about a quick ...
Motoring
3 months ago