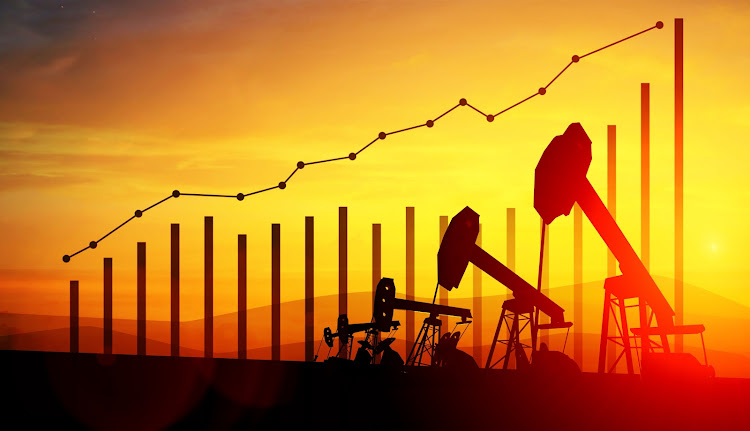 BofA Global Research raised its Brent crude price forecasts for this year and next, saying that tighter oil supply and recovering demand could push oil briefly to $100 per barrel in 2022.
Image: Artem Egorov / 123rf

Crude oil prices rose on Tuesday, with Brent hitting $75 a barrel for the first time since April 2019, as investors remained bullish about a quick recovery in global oil demand and as concerns eased over an early return of Iranian crude.

Both benchmarks have risen for the past four weeks on optimism over the pace of global Covid-19 vaccinations and expected pickup in summer travel.

Global shares on Tuesday extended their recovery from four-week lows as investors focused on prospects for post-pandemic economic growth, rather than fret more over the hawkish stance taken by the US Federal Reserve at a policy meeting last week.

BofA Global Research raised its Brent crude price forecasts for this year and next, saying that tighter oil supply and recovering demand could push oil briefly to $100 per barrel in 2022.

US crude stocks were expected to drop for the fifth consecutive week, while distillate and petrol were seen rising last week, a preliminary Reuters poll showed on Monday.

“The oil prices are expected to hold a firm tone amid expectations that fuel demand will pick up quickly along with economic recovery in Europe and the US,” Tazawa said.

The price gap between the world's two most actively traded oil contracts narrowed to its lowest in more than seven months, demonstrating that US oil output is still in the Covid-19 doldrums with the market likely to remain undersupplied.

Raisi on Monday backed talks between Iran and six world powers to revive a 2015 nuclear deal but flatly rejected meeting US President Joe Biden, even if Washington removed all sanctions.

“The lower probability of Iranian crude oil returning to the market due to the new hardline president is also supporting the market,” Fujitomi's Tazawa said.

Meanwhile, China has issued 35.24m tonnes of crude oil import quotas to non-state refiners in a second batch of allowances for 2021, a 35% drop from the same slot last year, according to a document seen by Reuters and two sources with knowledge of the matter.

IN PICTURES | Meet the inventors of a car-like speedboat

Meet Karim Amin, 29, one of the three Egyptians who designed and invented a vehicle that can drive on water.
Motoring
4 months ago

Daimler to speed up shift to electric vehicles

Daimler AG will accelerate the launch of electric cars slated for the middle of this decade while phasing out fossil-fuel versions, as it revamps its ...
Motoring
4 months ago