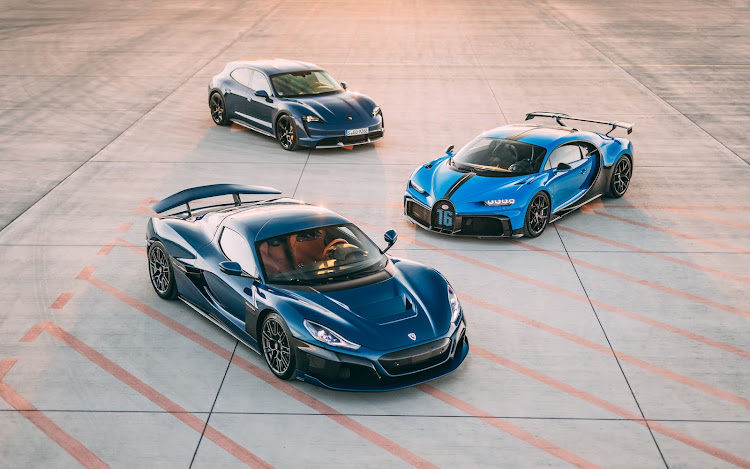 Rimac will hold a 55% stake in the joint venture, with VW’s Porsche unit owning the remaining 45% of Bugatti, the companies said.
Image: Supplied

Rimac will hold a 55% stake in the joint venture, with VW’s Porsche sports-car unit owning the remaining 45%, the companies said Monday. Porsche earlier this year lifted its stake in Rimac to 24%.

VW started to review options for niche brands and noncore businesses five years ago, but results have been modest so far. Bugatti’s shift to the joint venture with Rimac follows the sale of industrial gearbox maker Renk AG and the downsized initial public offering of a minority stake in truck unit Traton SE in 2019. Efforts to separate the Italian brands Ducati and Lamborghini gained little traction and were called off late last year.

Bugatti has consistently generated positive results in recent years, Porsche CEO Oliver Blume told reporters in a webcast. The joint venture with Rimac is set up for yielding “very good profitability” that’s appropriate for a hypercar manufacturer, he said. 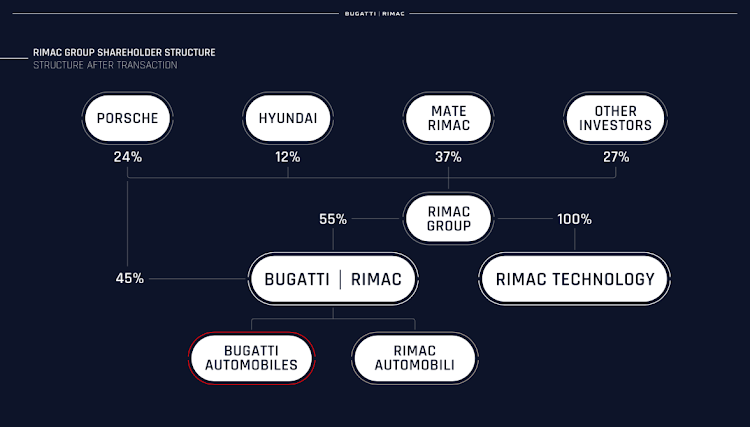 The Bugatti-Rimac venture is expected to be established in the fourth quarter, pending antitrust approvals. The brands will initially produce the Bugatti Chiron and the all-electric Rimac Nevera.

As VW group’s smallest brand with annual sales of about 80 cars, Bugatti has long been viewed as a prime example of engineering extravagance. In 1998, it was revived under former chair Ferdinand Piech after largely fading from existence in the 1950s. Because of high development costs and low volumes, the 16-cylinder Veyron — Bugatti’s first model under VW control — was considered one of the biggest money losers in the industry. VW doesn’t break out financials for the division.

Mate Rimac said there will be fully electric Bugattis in the medium term, but he also sees scope for the combustion engine sticking around “for some time” in hybrid vehicles.

“We’re going to listen to the fan base and buyers and make products that make sense for the brand,” Rimac said.

Aston Martin Valkyrie to star at Goodwood Festival of Speed

Aston Martin on Monday confirmed that its new Valkyrie hypercar will be stoking the crowds at this year's Goodwood Festival of Speed, which kicks off ...
Motoring
1 year ago

General Motors Co said on Monday it expanded its design studio in China, which will focus only on developing electric and connected cars and no ...
Motoring
1 year ago

Luxury sports carmaker Porsche AG must recall 43,000 of its electric Taycan cars over faulty software that can cause the battery-powered engine to ...
Motoring
1 year ago