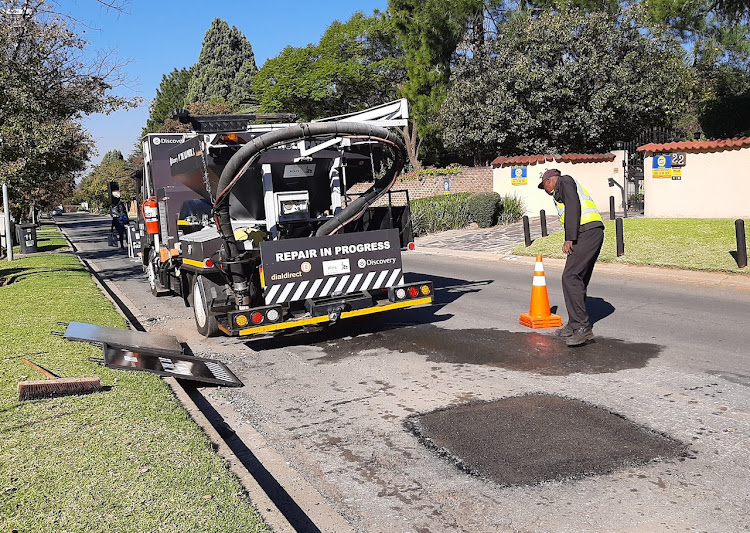 The Pothole Patrol in Joburg is fixing 600 potholes, or road defects, a week and plans to increase this.
Image: Supplied

Since its launch in May 2021, steady progress is being made by “The Pothole Patrol” project, with more than 2,500 potholes filled. In case you weren't aware, this is an initiative undertaken by Dialdirect and Discovery, aiming to help the city of Johannesburg and Johannesburg Roads Agency in its mandates to better maintain the highways and byways of the city.

“We are pleased with the progress and difference made to date but road conditions are a lot worse than we thought,” says head of Dialdirect, Anneli Retief.

“We are repairing much bigger, deeper and more severe crevices and holes that occur as a result of digging during road construction or for creating a passage for laying pipes and fibre cables. These are not classified as potholes but rather road defects or deep trenches requiring reinstatement.

“If you combine the traditional, defined size of a pothole with the road defects and deep trenches, the Pothole Patrol has repaired the equivalent of 10,000 road defects to date, the equivalent of one rugby field,” says Anton Ossip, CEO of Discovery Insure. “The Pothole Patrol is committed to repairing as many potholes as it can — typically at an impressive rate of 600 defects a week and is gearing up to be able to repair even more,” he adds.

So, what makes potholes so prolific? The answer lies in the way in which they are formed.

“A pothole is depression or a hollow in a road surface,” explains Retief. “They form when moisture or water seeps below the surface of the road and dislodges the base layer. As vehicles drive over them, more of the road surface chips away and the holes expand. The bigger and deeper they become, the more dangerous they are, causing damage to vehicles and sometimes accidents.”

And just because you emerge from the pothole without a flat tyre, don’t assume that there is nothing wrong with your car. There could be future problems with your alignment or suspension.

“Watch out for the telltale signs: your car pulling to one side of the road while driving or your car bouncing excessively on a smooth road. The best way to avoid any of these problems is to simply steer clear of the pothole altogether, which is easier said than done though not impossible,” Retief concludes.

Luxury sports carmaker Porsche AG must recall 43,000 of its electric Taycan cars over faulty software that can cause the battery-powered engine to ...
Motoring
10 months ago