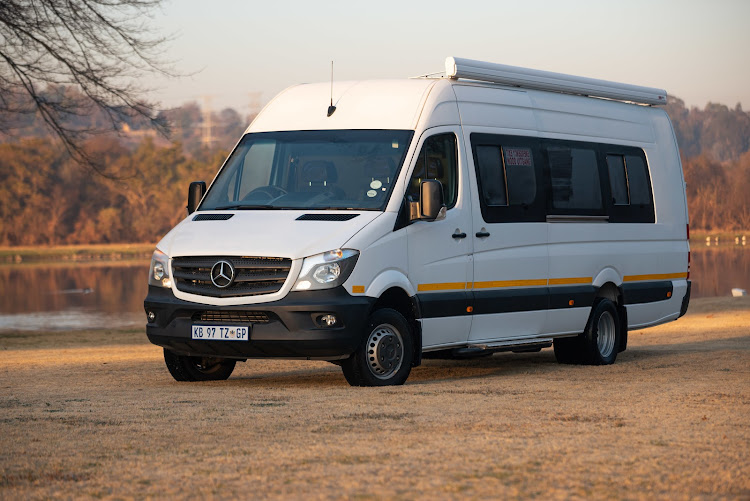 A Mercedes-Benz Sprinter 519 CDI panel van similar to the one availed to the Nelson Mandela Museum.
Image: Supplied

A Mercedes-Benz Sprinter 519 CDI panel van has been availed to the Nelson Mandela Museum, based in Mthatha, Eastern Cape, to be used as a mobile exhibition space.

Mercedes-Benz has long been associated with SA’s first democratically elected president. It was a specially-built red Mercedes-Benz S-Class that Madiba was driven in, after he was released from prison, in 1990.

“We are delighted to continue the legacy of Nelson Mandela, in his birthday month,” said Nadia Trimmel, vice-president of Mercedes-Benz Vans South Africa.

The Sprinter is earmarked to assist the Nelson Mandela Museum in fulfilling a vision for Madiba’s legacy, to be a mobile museum that embraces development and inspires people through education, culture and tourism.

One of the barriers for the museum carrying out its mission has been accessibility. A large part of the region has not been exposed to the museum for various reasons, and this necessitated a mobile solution.

“The Sprinter will improve the reach of the museum’s educational programmes and increase accessibility to various communities, especially those in far-flung areas of the Eastern Cape. The Mercedes-Benz Sprinter will be used to narrate the legacy of Mandela to those who need to be inspired most,” said Bonke Tyhulu, CEO of the Nelson Mandela Museum.

The impact of Covid-19 has further highlighted the need for the Nelson Mandela Museum to initiate mobile educational programmes, allowing the institution to promote the ideals of non-racialism, non-sexism, peace, unity, human rights and democracy, which the former president championed wholeheartedly.

WeBuyCars confirmed on Tuesday it has purchased the TicketPro Dome in Northgate, Johannesburg, from the Sasol Pension Fund
Motoring
11 months ago

BMW said on Tuesday nearly all its German plants were affected by an ongoing shortage of semiconductors that are preventing the luxury carmaker from ...
Motoring
11 months ago