Mercedes vows to be ready for car markets going electric-only 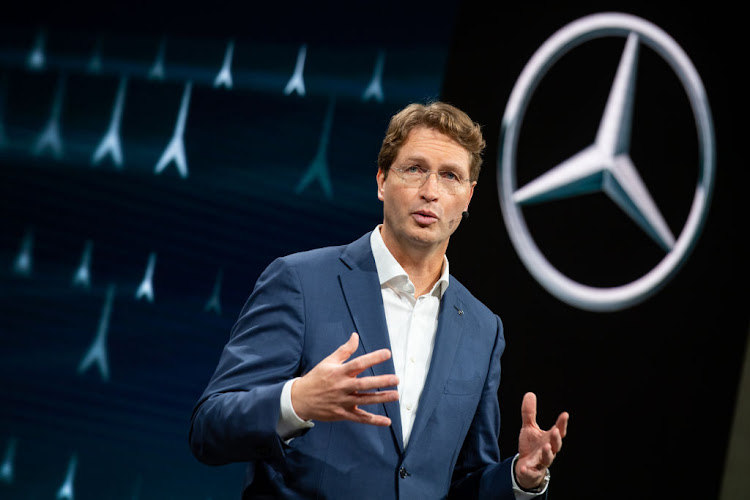 Daimler AG’s Mercedes-Benz is accelerating its electric-vehicle push to defend its position as the world’s best-selling luxury-car maker through a historic industry transformation.

The shift towards electric vehicles is picking up speed, especially in the luxury segment, CEO Ola Kallenius said in an e-mailed statement before a strategy update on Thursday.

“The tipping point is getting closer and we will be ready as markets switch to electric-only,” Kallenius said. Daimler’s EV strategy presentation is scheduled to begin early on Thursday afternoon.

After years of criticism for being late to adopt purely battery-powered cars, the storied German manufacturer stepped up its game with the launch of EQS, the electric version of its flagship S-Class, earlier this year. The sedan drew praise from analysts and car reviewers for blending upscale appeal and a competitive range that challenges models from Tesla Inc.

Mercedes will make eight fully electric cars on three continents next year. It’s flanking the EQS with models including the compact EQA and plans to unveil the electric version of its bestselling E-Class sedan at the Munich auto show in September.

So far, Mercedes has said it expects plug-in hybrids and fully electric cars to account for more than half of global car sales as soon as 2030. By 2039, it aims to turn its new-car fleet carbon-neutral. The company hasn’t provided a concrete date yet for when it fades out combustion engines as the pace of the shift towards batteries has varied widely across different markets.

Daimler reiterated on Wednesday that Mercedes is forecast to be more profitable in 2021 than it’s been in years, thanks to strong demand and a tilt towards high-margin models that have been prioritised during the global semiconductor shortage. It has forecast an annual return on sales for the cars and vans division between 10% and 12%, despite heavy investments in EVs and other future technology.

The company cautioned this week that headwinds from raw material prices may intensify in the second half, and it might not be able to compensate for this with the same level of efficiency gains mustered in the first six months.

The EV strategy update will be one of the last showcases for Mercedes leading up to Daimler’s planned spin-off of its truck division, which it expects to complete by year-end. The company is splitting the businesses in part because it believes they will pursue diverging paths on electrification, with passenger cars shifting towards battery power and hydrogen fuel cells likely playing a bigger role in commercial vehicles.

“We would be buyers of Daimler ahead of its truck spin at year-end,” Tom Narayan, an analyst at RBC Capital Markets, said in a report Thursday. “According to our math, you would basically be getting the cars business for free.”

Mercedes-Benz maker Daimler AG said on Wednesday that the global semiconductor shortage will last into 2022 and that the company will face the ...
Motoring
1 year ago

A Mercedes-Benz Sprinter 519 CDI panel van has been availed to the Nelson Mandela Museum, based in Mthatha, Eastern Cape, to be used as a mobile ...
Motoring
1 year ago