Ford battery venture with SK Innovation will extend into Europe 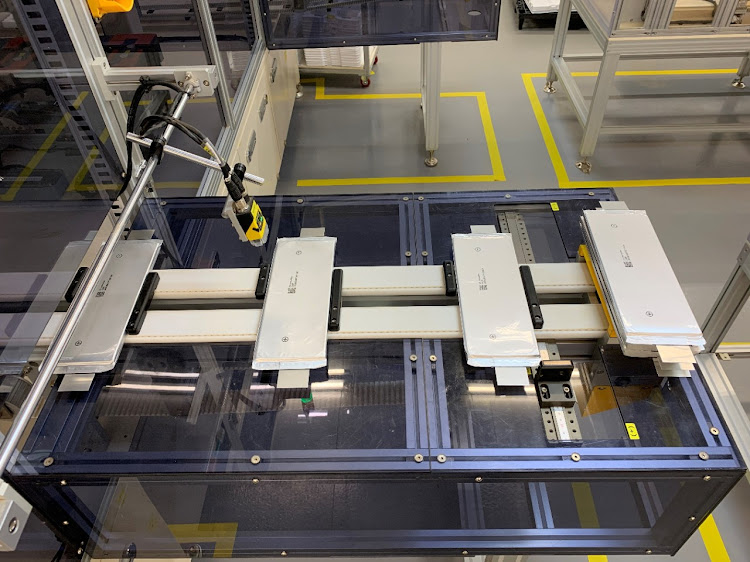 An EV battery cell is seen during production.
Image: Ford

In May, Ford announced the joint venture with SK to produce about 60 gigawatt-hours (GWh) annually in battery cells and array modules, starting mid-decade, with potential to expand. The plan would include two North American plants.

“We're very excited about this joint venture and it's going to be beyond just North America,” Hau Thai-Tang, Ford's chief product platform and operations officer, said at a JPMorgan conference. “It will certainly extend into Europe.”

Ford's global EV plan calls for at least 240 GWh of battery cell capacity by 2030, equal to about 10 plants, Thai-Tang previously said. Some 140 GWh of that will be required in North America, with the balance in other regions, including Europe and China.

On Wednesday, Thai-Tang said beyond batteries and battery pack assembly, Ford also has brought in house the production of gear boxes and motors for electrification, and was looking at software and semiconductor chips for possible vertical integration.

A global semiconductor shortage has caused Ford and other car makers to curtail vehicle production.

Audi announced on Thursday that its range of e-tron electric vehicles will be launched in Mzansi during the first quarter of 2022. As a brand, Audi ...
Motoring
5 months ago

How Mercedes-AMG plans to tackle a new era of electrification

Mercedes-Benz is getting ready to go electric across all its model ranges by the end of the decade. From 2025, customers will be able to choose an ...
Motoring
5 months ago

Hyundai Motor Co will invest in Germany's H2 Mobility network of hydrogen fuelling station operators, it said on Thursday, as it looks to support ...
Motoring
5 months ago