Top Boks team up with the Land Rover Defender 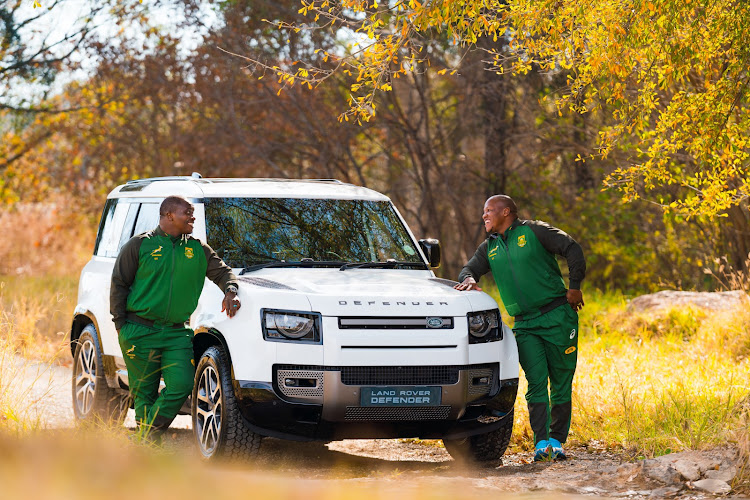 One of the perks of being a sports star is getting free stuff from sponsors, and for a group of Springbok rugby players it means having a Land Rover 110 for their personal use.

Land Rover SA, an official partner of SA Rugby since 2017, has expanded its squad of Defender ambassadors to include Trevor Nyakane, Pieter-Steph du Toit, Duane Vermeulen and Bongi Mbonambi.

The four players join Lukhanyo Am and Bryan Habana, who also received new Defender 110s as part of their Land Rover ambassadorships earlier in 2020.

The full team of Defender ambassadors includes award-winning singer Lira and sports presenter Elma Smit who were given short-wheelbase Defender 90s in July. Adventurers Kingsley and Ross Holgate complete the Defender ambassador line-up with two expedition-ready 110s which have been used for humanitarian efforts since July 2020.

Land Rover was also the official vehicle of the 2021 British and Irish Lions Tour to SA, with a fleet of 11 Discovery vehicles lent to players and management staff from both sides.

Land Rover has rugby partnerships around the world spanning all levels of the game, from grassroots to the world stage.

The AA's #ISeeYou campaign puts pedestrian safety in the spotlight

The Automobile Association (AA), in collaboration with the FIA Region I, has distributed another 10,000 high visibility sashes to commuters at ...
Motoring
10 months ago

Audi announced on Thursday that its range of e-tron electric vehicles will be launched in Mzansi during the first quarter of 2022. As a brand, Audi ...
Motoring
10 months ago

Ford battery venture with SK Innovation will extend into Europe