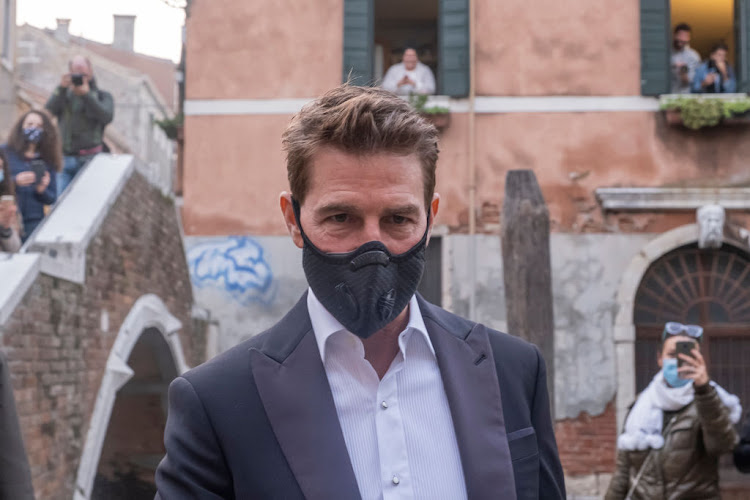 Tom Cruise on Thursday presented what he called his most dangerous stunt ever in a clip from his upcoming Mission: Impossible 7 movie.

Cruise, known for doing his own stunts, takes a motorbike ride down a ramp and off a giant cliff in Norway, letting go in midair before his parachute is released.

The clip, and a featurette of Cruise and director Christopher McQuarrie talking about the feat, were shown at the CinemaCon gathering of movie theatre operators and Hollywood studio executives in Las Vegas, entertainment media reported.

"This is far and away the most dangerous thing I’ve attempted; we’ve been working on this for years," Cruise said in the video, according to Deadline Hollywood. “I wanted to do it since a little kid."

A video of Tom Cruise pulling off the stunt during the filming of ‘Mission: Impossible 7'.

Mission: Impossible 7, in which Cruise returns as suave spy Ethan Hunt, is due for release in May 2022 after a coronavirus-disrupted shoot in Italy, Norway and the UK of more than a year.

The actor, 59, said he trained for more than a year to perfect the stunt, including making 500 skydiving sessions and 13,000 motorbike jumps, the Hollywood Reporter said. The stunt was filmed six times.

In past movies, Cruise has hung off the side of a plane as it takes off, piloted a helicopter through narrow mountain ravines, scaled the 828m Burj Khalifa skyscraper in Dubai and performed a sky dive from almost 8km high.

Netflix has released its official trailer for 'Schumacher' – an intimate documentary detailing the life and career of legendary German F1 driver ...
Motoring
3 weeks ago

If there's one thing electric cars are really good at that's accelerating neck-snappingly fast in a straight line. Especially those in the breed's ...
Motoring
1 month ago

If you're at all familiar with the world of drifting then you'll know who Abdo “Dado” Feghali is. Hailing from Beirut, Lebanon, this 44-year-old ...
Motoring
1 month ago