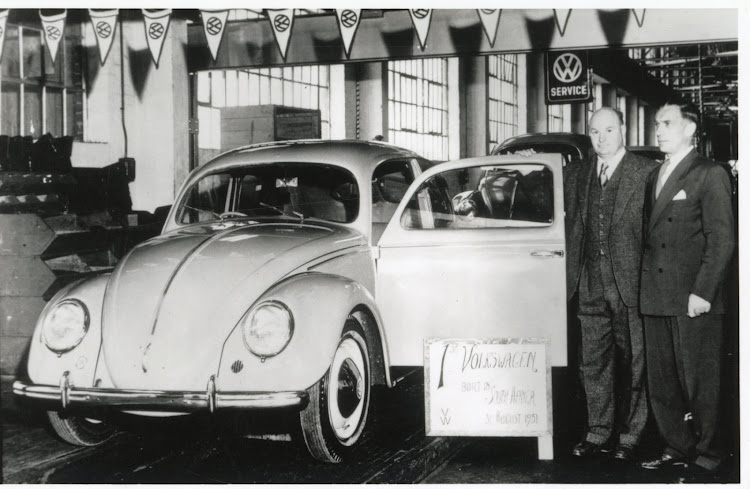 The first VW manufactured in SA was an original air-cooled Beetle.
Image: Supplied

On August 31 1951, the first Volkswagen vehicle manufactured in SA, a humble air-cooled Beetle, rolled off the assembly line.

Exactly seven decades later, this German marque is today celebrating its 70th anniversary in Mzansi. The story of Volkswagen SA (VWSA), currently a market leader and the largest private employer in Nelson Mandela Bay with more than 4,000 employees, has included many achievements along the way.

Aside from the vehicles imported for the local market, the plant in Kariega has manufactured many iconic vehicles including the original Beetle, Type 2 Kombi, Audi models, the Golf (including the Citi Golf), Polo and Polo Vivo. The plant also began manufacturing the new facelifted sixth-generation Polo earlier in August.

The plant has manufactured more than four million vehicles, having reached that mark in November 2020. VWSA has been sole manufacturer of all new right-hand-drive Polo hatchbacks since 2010, and exclusive manufacturer of the flagship GTI variant.

VWSA achieved a record production year in 2019, when the plant manufactured 161,954 vehicles in a single year. Another milestone came in 2020, when the brand achieved a local market share of 21,6% – the highest in the history of VWSA, and the highest market share for Volkswagen worldwide last year. 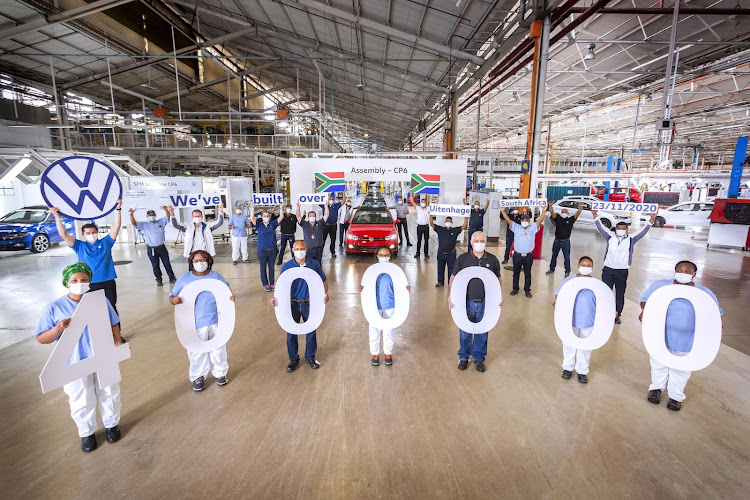 The sub-Saharan Africa region is a crucial part of the VWSA story. This region officially became a part of VWSA in March 2017, only three months after Volkswagen opened its vehicle assembly facility in Kenya. Since then, the brand has established assembly facilities in Rwanda (2018) and Ghana (2020).

Outside the plant, VWSA has demonstrated its continuous commitment to the communities of Nelson Mandela Bay and other parts of the country. The Volkswagen Community Trust, established in 1989, has invested R268m to date to empower communities in the fields of education and youth development.

Since the start of the Covid-19 pandemic, the company has offered its support to local communities. This has included the establishment of a temporary Covid-19 field hospital, assisting the National Health Laboratory Service to upgrade and optimise its Gqeberha branch, and donations in support of nonprofit organisations and schools since March 2020.

“To reflect on a history that spans seven decades of hard work and excellence is an immense task,” said Dr Robert Cisek, VWSA chairman and managing director.

“Though I have only been part of the VWSA story for just over a year, I have been incredibly proud to be associated with this organisation. We have seven decades of exceptional employees to thank for the reputation we are honoured to have today. I would like to congratulate every member of the VWSA family on their part in this milestone.”

SA fuel users will enjoy a breather in September, with prices of all grades of fuel set to drop. This is according to the Automobile Association (AA) ...
Motoring
4 weeks ago

Toyota Motor said on Monday it would resume operations of its self-driving e-Palette pods at the Tokyo Paralympic Games village with greater operator ...
Motoring
4 weeks ago

According to a report on the German automotive website Auto Motor Und Sport, Volkswagen will begin phasing out the manual transmission starting with ...
Motoring
4 weeks ago