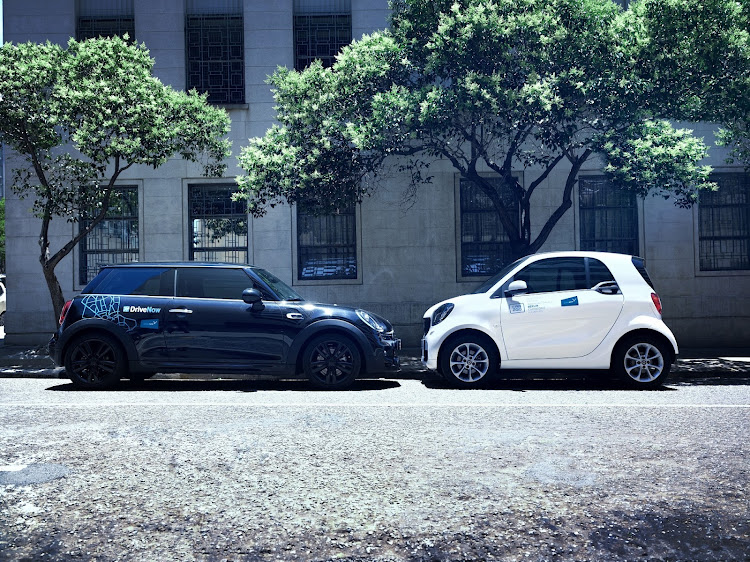 A Mini Cooper, left, made by BMW and a Smart ForTwo, right, made by Daimler. The two automakers are apparently being sued by a German environmental NGO for refusing to tighten their carbon emissions targets.
Image: Supplied

The heads of a German environmental NGO have sued automakers BMW and Daimler for refusing to tighten their carbon emissions targets and give up fossil fuel-emitting cars by 2030, Handelsblatt newspaper reported on Tuesday.

The NGO, Deutsche Umwelthilfe, confirmed to Reuters that the lawsuits had been filed on Monday evening.

In letters to the firms in early September, the companies were given until September 20 to agree to the NGO's demands, which also included limiting production of internal combustion engine (ICE) cars ahead of 2030.

Neither of the companies has so far set an end date for ICE car production.

BMW and Daimler confirmed to Reuters on Monday that they had not accepted the NGO's demands.

Automakers are looking to the heavens for the next generation of car technology.
Motoring
10 months ago

General Motors Co urged some owners of Chevrolet Bolt electric cars to park and store the vehicles at least 15-metres away from other cars to reduce ...
Motoring
10 months ago

China's Geely Holding is in advanced discussions with banks to list its Volvo Cars unit in the coming weeks, three sources told Reuters, in what is ...
Motoring
10 months ago