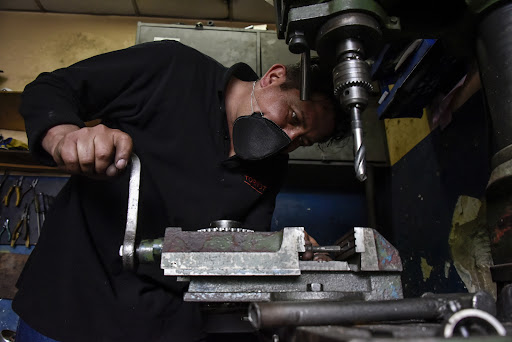 The Motor Industry Ombudsman of SA (Miosa), which settles disputes between consumers and the automotive industry, has served as a lifeline for many car owners disgruntled with poor-quality goods or service.

The office was established as a voluntary organisation in 2000 but in 2015 was accredited under the Consumer Protection Act (CPA), and since then its word has been law in applying the Automotive Industry Code of Conduct.

If your car breaks down and you’re not happy with how it’s been repaired, Miosa is the first port of call, and the ombudsman has settled thousands of disputes.

But while many consumers may see Miosa as a benevolent institution that protects them from uncaring, profit-seeking motor dealers, not everyone shares their sentiments, particularly those on the other side of the fence.

One of them is automotive supplier Grip-Tech, which is accusing Miosa of charging exorbitant fees that threaten the livelihood of smaller companies.

All companies dealing in automotive products are legally obliged to belong to Miosa and pay membership fees, and what raised Grip-Tech’s ire was when its fee was this year hiked from about R3,000 to more than R46,000 per annum.

“That is astronomical, and more than 1% of my turnover,” says Grip-Tech’s MD Manuel Reis. Grip-Tech supplies automotive security products including gear locks and canopy locks.

“My company is a small hybrid engineering business with seven staff that makes both automotive security items and nonautomotive products,” he says.

“While we understand the role of an ombudsman, these exorbitant fees are unfair for small hybrid companies like ours and surely not acceptable to a reasonable person. I’m sure there are many small SMME, family-owned hybrid companies, panel beaters, fitment centres and garages that feel the same way.”

After refusing to pay the new membership fee, Reis received a letter of demand from Miosa attorneys for R46,800 fees plus R2,806 additional legal costs. He met with Miosa but his pleas to have the fees reduced were rejected.

In response, motor industry ombudsman Johan van Vreden says Grip-Tech’s fee had increased because it had moved into a different category as per Miosa’s structure. Companies with an annual automotive turnover of less than R3m a year pay about R3,000 a year to belong to Miosa, while those more than R3m pay the higher R46,800 fee, he says.

The lower fee also applies to component manufacturers that sell only to the trade, whereas Grip-Tech also sells to the public and therefore attracts the higher fee.

“We’ve asked for a breakdown of his products and who he sells to, and what nonmotoring products he may sell that push him over the limit. He hasn’t provided this,” says Van Vreden.

Reis insists he’s provided the information, but in any case Grip-Tech’s main argument is that the fees are too high for small businesses and threaten their livelihood, as membership of Miosa is compulsory and paying contributions is a legal requirement.

Van Vreden doesn’t believe the membership fee is excessive and accused Grip-Tech of wanting other, law-abiding businesses to subsidise it. He says the matter is with Miosa’s lawyers.

“I have no choice but to protect the law-abiding businesses by leaving this in the hands of the courts,” he said.

Companies found guilty of not paying the Miosa fee could be hit with a R1m fine or 10% of their annual turnover.

Grip-Tech has in turn lodged a complaint against Miosa with the department of trade, industry & competition (DTIC), which replied: “The DTIC is aware of the ongoing issues faced by the members and accredited ombuds, and in order to deal with some of the issues, the industry Code is under review to address these.”

It urged Grip-Tech to participate in the review of code once it is gazetted for public comment.

Miosa’s net spreads wide as all companies involved in the motor trade, even if only a small portion of their business is automotive related, are bound by the Automotive Industry Code of Conduct and must pay contributions to Miosa.

Miosa’s website states that the automotive industry is defined as: "Importers, distributors, manufacturers, retailers, franchisors, franchisees, suppliers and intermediaries who import, distribute, produce retail or supply passenger, recreational, agricultural, industrial or commercial vehicles including but not limited to passenger vehicles, trucks, motor cycles, quad cycles or whether self-propelled or not an internal combustion propelled engine for a boat, or distribute, retail or supply any completed components and/or accessories to such vehicles, and or renders a related repair or replacement service to consumer in respect of such vehicles, and trailers and anyone who modifies, converts or adapt vehicles."

The Retail Motor Industry (RMI), umbrella body for SA’s automotive aftermarket, declined to officially comment. However, an RMI insider, on condition of anonymity, confirmed that the organisation has an “uncomfortable” relationship with Miosa.

The inaugural AA Spare Parts Pricing Guide has arrived and includes parts pricing over 11 categories of vehicles, including electric vehicles
Motoring
10 months ago

It’s been a whopping 70 years since the first Volkswagen vehicle manufactured in South Africa rolled off the production line. Now, seven decades ...
Motoring
10 months ago