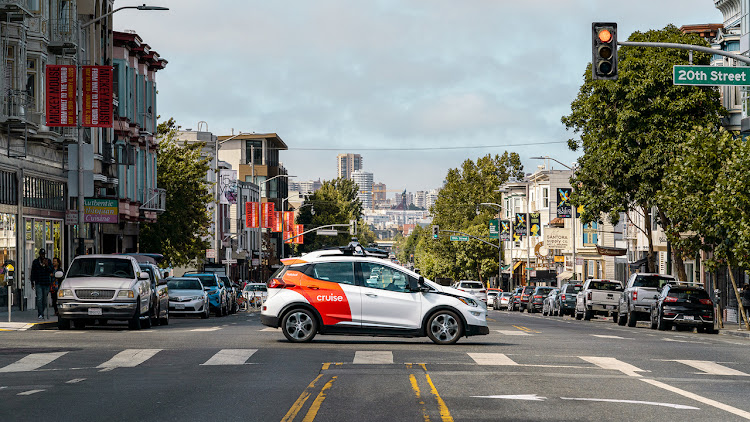 Cruise has become the first company to receive a permit to deploy driverless ride-hailing services from the California Department of Motor Vehicles.
Image: Cruise

General Motors Co's Cruise self-driving car subsidiary said on Thursday it has become the first company to receive a permit to deploy driverless ride-hailing services from the California Department of Motor Vehicles.

Cruise may give rides for free with the new permit, but it would need to obtain another permit from the California Public Utilities Commission to start charging passengers for rides.

Reuters in May reported that Cruise and Alphabet Inc’s Waymo had applied for approval from the California DMV to deploy their self-driving vehicles in San Francisco, setting the stage for the biggest tests yet of the technology in a dense urban environment.

Cruise in March submitted the applications for driverless operations, whereas Waymo in January applied for autonomous vehicle deployment with safety drivers behind the wheel.

Carmaker Opel, which is part of the Stellantis group, said on Thursday it will close one of its plants in Germany until at least the end of the year ...
Motoring
3 weeks ago

China's electric carmakers are darting into Europe, hoping to catch traditional auto giants cold and seize a slice of a market supercharged by the ...
Motoring
3 weeks ago

In nine years, Rolls-Royce will stop selling vehicles that run on fossil fuels, CEO Torsten Müller-Ötvös said in a September 29 announcement. The ...
Motoring
3 weeks ago