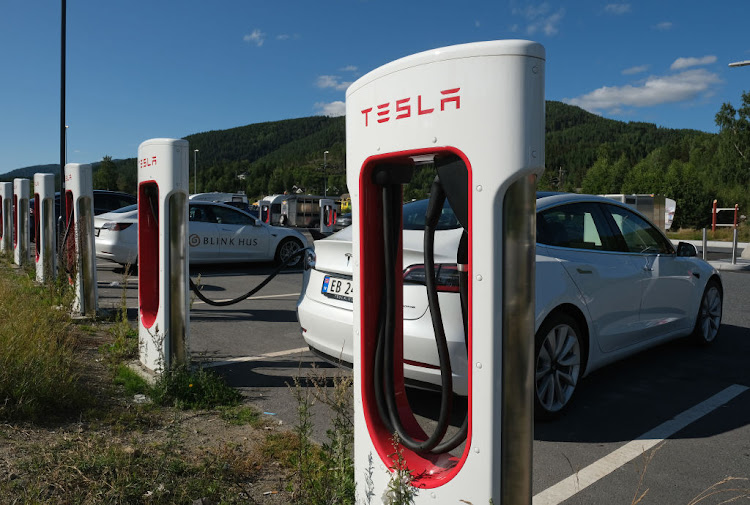 Battery electric vehicles made up 77.5% of all new cars sold last month, the Norwegian Road Federation (OFV) said, up from 61.5% a year ago as the country seeks to become the first to end the sale of petrol and diesel engines by 2025.

Tesla Model Y, a compact sports utility vehicle, was the top selling vehicle in Norway in September with 19.8% of the car market followed by the company's Model 3 sedan with 12.3%. Skoda's Enyaq was a distant third at 4.4%.

First unveiled by California-based Tesla in March 2019, the Model Y was only recently made available to European customers, with thousands of Norwegians among the first on the continent to receive the car.

By exempting fully electric vehicles from taxes imposed on those relying on fossil fuels, oil-producing Norway has become a global leader in ending the use of combustion engines.

In 2020, electric cars grabbed a 54% share of the overall Norwegian market, outselling the combined volume of petrol, diesel and hybrid engines for the first time on a full-year basis.

New-vehicle sales in SA continued their recovery in September but the knock-on effects of the July looting disruptions as well as the cyberattack on ...
Motoring
10 months ago

General Motors Co's Cruise self-driving car subsidiary said on Thursday it has become the first company to receive a permit to deploy driverless ...
Motoring
10 months ago

Carmaker Opel, which is part of the Stellantis group, said on Thursday it will close one of its plants in Germany until at least the end of the year ...
Motoring
10 months ago