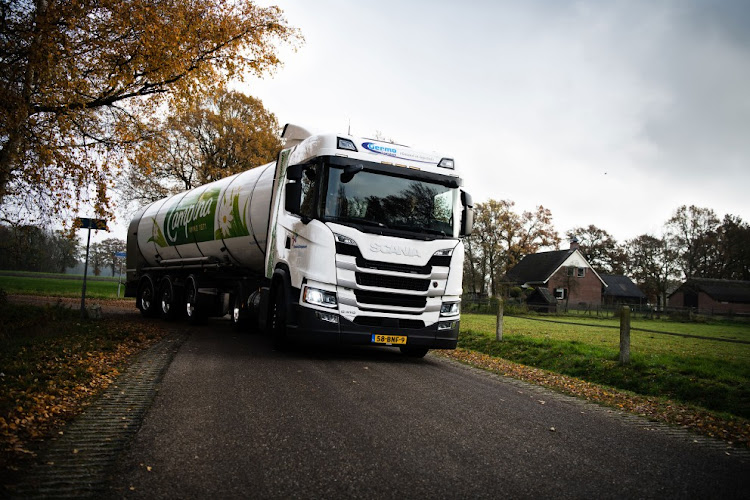 Swedish truck maker Scania making some of the most efficient long-haul trucks on the market. This is thanks largely to aerodynamics.
Image: Scania

The European Union (EU) needs to dramatically toughen up CO2 targets for truck makers to spur a shift to zero-emission models as current goals do not provide the incentive to do so, European campaign group Transport and Environment (T&E) said on Monday.

In a study entitled "Easy Ride: why the EU truck CO2 targets are unfit for the 2020s", the climate group found improvements in aerodynamics and fuel efficiency meant truck makers are able to meet the EU's 2025 CO2 targets while only having to make only a few zero-emission long-haul trucks.

The study also found most truck makers have already made voluntary commitments for electric vehicle sales that go beyond EU requirements.

Under current EU rules, truck makers have a voluntary target for zero-emission vehicles to make up 2% of sales from 2025 onwards. The EU is expected to revise that target.

Based on truck maker's voluntary commitments, T&E estimates zero-emission trucks will make up 7% of sales in 2025 and 43% in 2030.

T&E said this shows the EU can set a realistic "but more ambitious" target that at least 30% of sales should be zero-emission trucks by 2028.

The study also found Swedish truck maker Scania, part of Volkswagen AG's commercial vehicle arm Traton SE, is a market leader with CO2 emissions 5.3% lower below the average for the most common type of long-haul truck thanks largely to aerodynamics.

Renault and Iveco, the truck and bus business of Italian-American CNH Industrial, are both laggards, T&E said, with emissions 2.6% and 2.4% above the average respectively.

The impact from a global semiconductor shortage on Stellantis' Italian car production this year will be worse and longer-lasting than the damage to ...
Motoring
7 months ago

With final approval for its German factory potentially just weeks away, Tesla's Elon Musk will make an appearance in the tiny town of Gruenheide this ...
Motoring
7 months ago

BMW said on Wednesday it will invest in lithium technology startup Lilac Solutions Inc to support more-efficient ways to produce the electric vehicle ...
Motoring
7 months ago