Annual event brings together contestants and sporting heroes in Gauteng 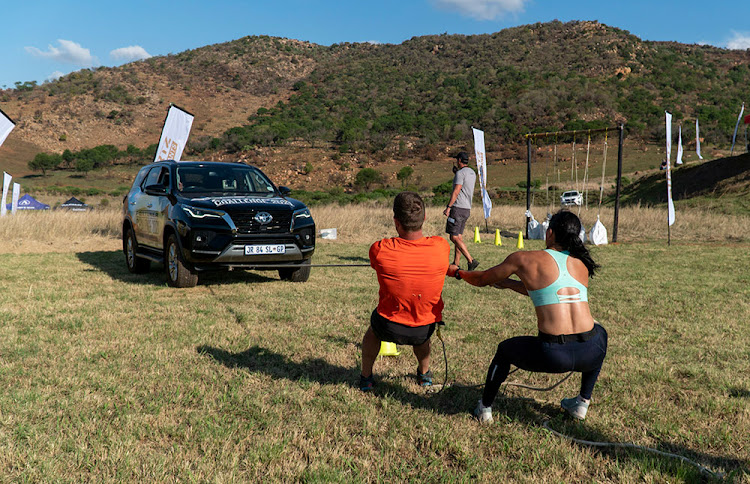 The annual Toyota Fortuner Challenge, now in its sixth year, gives adventurous South Africans an opportunity to prove their mettle and win big.

The latest instalment of the event, which culminated in a series of tough challenges last weekend, put smiles on the determined faces of participants as they competed alongside their sporting heroes for supremacy.

Though the Western Cape had previously played host to the competition, it was held in Gauteng for the second time. The central venue was Kloofzicht Lodge & Spa in Muldersdrift and some challenges were also held at nearby venues, contributing to tourism in the province.

The candidate selected to represent Arena Holdings, the publisher of TimesLIVE and the Sunday Times, was pharmacist Shaheen January, a keen lover of the outdoors and a seasoned competitor in endurance events. January was partnered with Van Wyk-Brink.

An enthusiastic January said he had never imagined he would be chosen. “I entered and did not think about it. When I got the confirmation, I wondered if it was for real and even sent an email asking if it was legitimate.”

Glenn Crompton, vice-president of marketing at Toyota SA Motors, opened proceedings with a short introduction. “Each year the competition gets better and the challenges get harder,” he said. “It is designed to give all participants a fair chance — and it has been designed to bring the best out of you.” 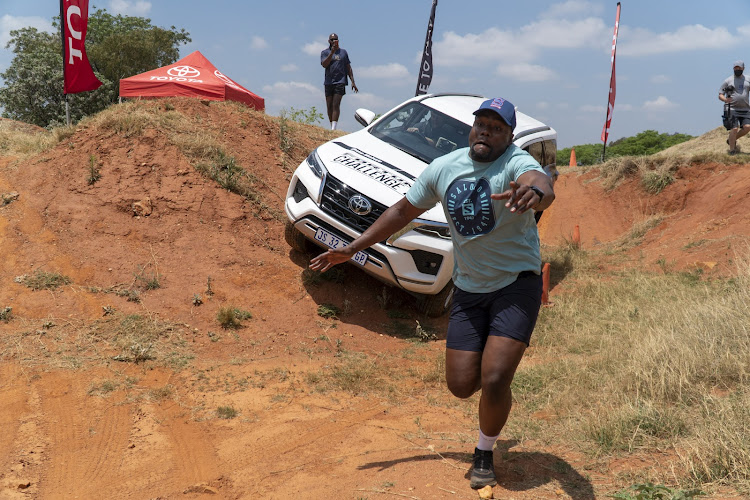 Rugby player Oupa Mohojé, one of the sporting heroes taking on the Toyota Fortuner Challenge, in a wild moment during the event.
Image: Toyota Fortuner/Cornél van Heerden

The event comprised six challenges. First up was a timed cycling session with a twist: the heroes tried to set the best time on a bicycle simulator, while the participants took their specialised bikes out on a dedicated circuit with tricky undulations and banks.

Next up, still on two wheels, was a challenge that blended mathematical ability and stamina. From atop a watchtower, the heroes guided their challengers along a circuit on a flag-hunting mission that relied on solving numerical riddles to reveal the direction they needed to go. It was a thorough test of teamwork.

Then it was time to saddle up in the star of the show. Contestants got behind the wheel of a Toyota Fortuner to tackle a technical off-road course, while their heroes helped them negotiate obstacles from outside the vehicles. It made for nail-biting viewing, as some competitors’ gung-ho approach did not pay off. While the facilitators reminded them to go as slowly as possible and as fast as necessary, the remarkable terrain-beating capability of the Fortuner was nonetheless clear.

For challenge number four, the teams headed down to the water. A sizeable lake had to be crossed, but how?

They used their Garmin wristwatches to track down the co-ordinates of equipment for assembling rafts, to traverse the body of water without getting drenched — but some still ended up with wet Salomon footwear.

Luckily the next task — on terra firma — gave them a chance to dry off in the shade from an Archer’s Edge gazebo, where a bow-and-arrow shooting station was set up. It was simple enough: hit the targets while trying not to let the bluster throw your aim off course! 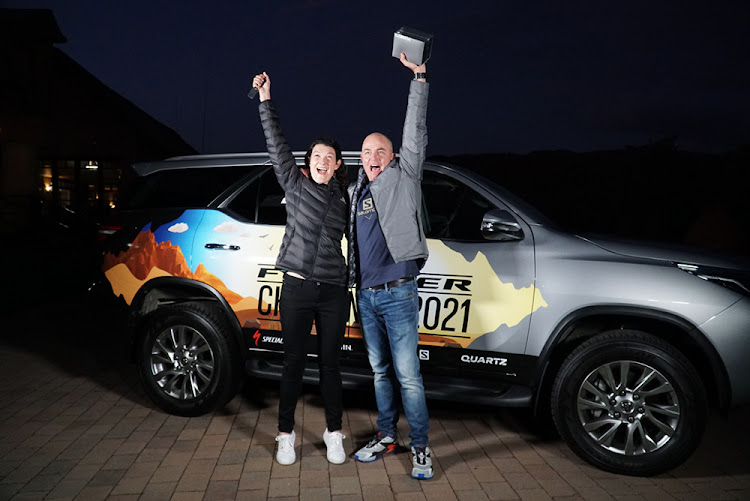 The final scene played out with all the drama of an action film. A rigorous course with jungle-gym-like obstacles lay before the contestants, including jumping bars reminiscent of an equestrian showground and an intimidating netted wall. It culminated in a wild display of strength, grit and resilience, with each contestant pulling a Toyota Fortuner manually towards the finish line — a literal drag race involving four sports utility vehicles in a row.

Anneri Kemp from the Western Cape was crowned the winner. She was partnered with Giniel de Villiers and represented Media24, having entered the competition through the Weg! Ry & Sleep magazine. A Boeing pilot by profession, she made light work of the navigational tasks and kept a cool head throughout the physical obstacles, earning a well-deserved victory.

This article was paid for by Toyota.

The country’s best selling large SUV also happens to be a most versatile car. Altogether 966 units of the Toyota Fortuner were shifted in March 2021, ...
Motoring
6 months ago