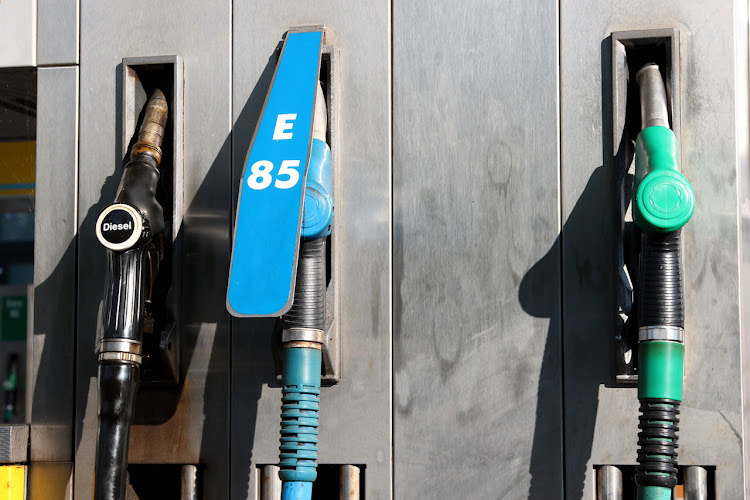 French motorists are turning to more affordable E85 due to the rising cost of petrol.
Image: bwylezich / 123rf

Ethanol sales will hit record highs in France this year and next, supported by strong demand for high-ethanol fuel E85 as car owners seek cheaper alternatives to petrol, producers said on Thursday.

Fuel prices have soared so much in France that ministers floated the possibility of petrol vouchers for low-income households on Monday, as President Emmanuel Macron's government seeks to limit the damage from rising costs.

Consumption of the bioethanol, made mostly from sugar beet and grains, is expected to rise to close to 12 million hectolitres this year, above the record of 2019, after dropping about 10% in 2020 as the pandemic kept drivers at home, SNPAA secretary-general Sylvain Demoures said in a telephone interview.

And the trend was seen lasting in 2022, pushing it to yet another record, he added.

Though one needs about 25% more bioethanol for the same distance, the price advantage remains significant, which made French consumers rush to flex-fuel cars – that can run on petrol, ethanol or a mix of the two – and to flex-fuel kits that allow standard cars to run on high-ethanol fuel. Kits cost an average of €1,000 (roughly R17,007), installation included.

FlexFuel Energy Development, which says it is France's leader in the flex-fuel kit market, said the number of kits installed had risen 37% since June.

E85 fuel is only available in about one petrol station out of four in France, but the network is growing fast with a rise of 32% in 2020, SNPAA said. TotalEnergies and retailer Intermarche control half of the market.

The craze for flex-fuel would mainly be felt next year, Demoures said, forecasting growth of more than 20% in E85 consumption in 2022.

“The impact on volumes is not immediate. You need to install the kits, cars need to be built and delivered, it takes time,” he said.

Tesla Inc CEO Elon Musk did not participate in the company's earnings conference call for the first time on Wednesday, making him one of the rare top ...
Motoring
6 months ago

Volkswagen has produced just 300,000 cars at its main Wolfsburg plant so far this year, a company source with knowledge of the matter said, the ...
Motoring
6 months ago