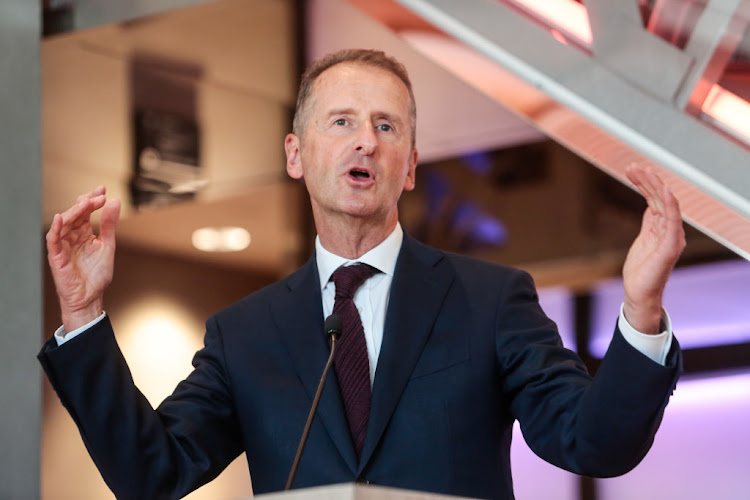 The mediation committee of Volkswagen's supervisory board plans to discuss the future of CEO Herbert Diess, three people familiar with the matter said, a week after a long-standing conflict with labour representatives flared up again.

The planned meeting comes in response to tensions between management and Volkswagen's works council after sources said that Diess told a supervisory board meeting in September that 30,000 jobs were at risk as part of the carmaker's transition to electric vehicles.

The sources, who spoke on condition of anonymity, could not confirm when the meeting would take place.

Spokespeople for Diess, Volkswagen's supervisory board and Porsche SE, Volkswagen's largest shareholder, all declined to comment.

Shares in Volkswagen extended losses after the news to trade 3.5% lower.

In a bid to defuse the spat, Diess last week cancelled a trip to meet US investors to instead take part in a staff meeting scheduled for November 4.

Ford is working with neuroscientists to develop a faster and more effective way to detect when drivers are tired, distracted or not concentrating
Motoring
1 month ago

Tesla cars from Wednesday will be available to Uber drivers in London looking to buy or lease a green vehicle as part of an incentive scheme to boost ...
Motoring
1 month ago