Woman to use modified Porsche 356 for expedition to Antarctica 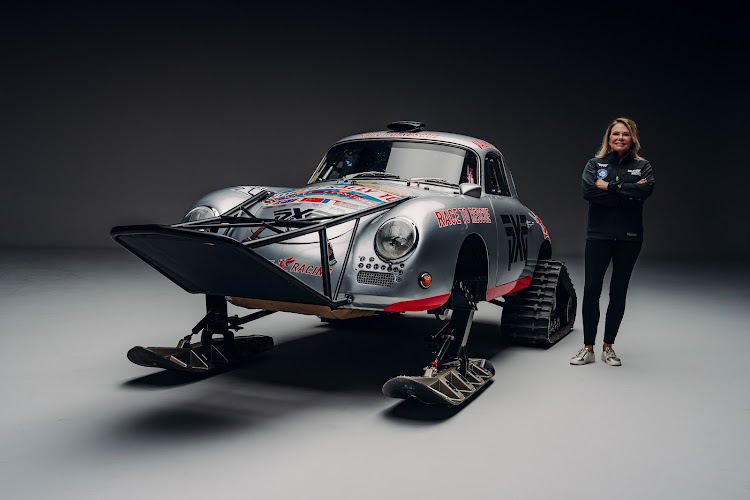 Renée Brinkerhoff, who is about to take a special 1956 Porsche 356 A on a unique tour.
Image: Supplied

After a delay of nearly two years, Renée Brinkerhoff is preparing for the final stage of her Project 356 World Rally Tour with her faithful 1956 Porsche 356 A. The amateur rally driver has already raced the classic sports car on six continents, on every type of terrain — an extreme endeavour for any individual, let alone one driving in a classic 65-year-old racer. She is now looking to tick off the final land mass by putting the Porsche to the ultimate test, traversing 587km in Antarctica.

“While we are extremely proud of completing each endurance rally we’ve entered, our true mission has been for our racing efforts to become a worldwide visual that supports our vocal pursuit to end child trafficking,” says Brinkerhoff. “We’ve had a goal to break barriers and set new records and we’re hopeful our Antarctic expedition will do just that.”

The 356 is already in transit to Chile via ship from its workshop in the UK and, upon arrival, will be air-shipped to the extreme conditions that await at the Union Glacier in Antarctica. Brinkerhoff and the Valkyrie Racing team will rendezvous in Chile at the end of November, and if the weather co-operates, the sub-zero sprint will begin in Antarctica on December 5 and should be completed before the end of the year.

“Success for Renée and her car will come from the thoughtful balance of appropriate technology we’ve added, and the mass reduction implemented,” says Kieron Bradley, senior chassis design engineer. Bradley replaced the rear tyres with snow tracks, and a pair of skis were attached to the front along with a specialised brace and suspension system. For stabilisation, the 356 will use a single-arm suspension with coilover shocks for both the tracks in the rear.

An extra aspect Bradley had to consider was that the skis and tracks must be easily removable so that spiked ice tyres can be refitted with no wheel alignment changes necessary.

Joining Brinkerhoff in the 356A for the polar trek will be British explorer Jason de Carteret, who will act as navigator.

“As often has been the case when taking on a new terrain in my 356, I have had no opportunity to test the car,” says Brinkerhoff. “The test will come when we are at Union Glacier and we are very hopeful the new design will prove itself in spades. As I have been told by Jason and Kieron, there is no terrain on earth like Antarctica and therefore no place where a true test can be taken.”

The Project 356 World Rally Tour is both an expedition and a humanitarian effort, and the December 2021 challenge completes the "ultimate endeavour by one woman, one car and one global mission" to help end child trafficking. Brinkerhoff will have driven close to 32,000km over all seven continents, partaking in endurance rallies such as Peking-to-Paris, the east African Safari Classic Rally and La Carrera Panamericana. 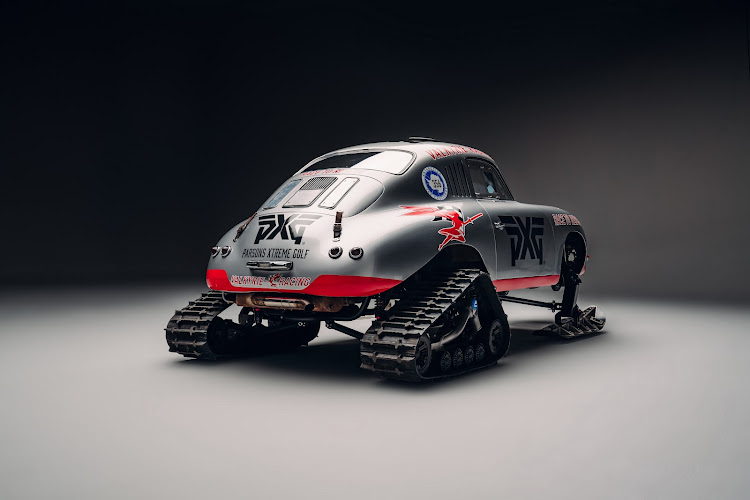 At 75 and 40 journeys in, Kingsley Holgate shows no sign of slowing down

Adventurer speaks to Sunday Times Daily ahead of his new expedition, which covers 30,000km and 30 countries
News
1 month ago

Dutch actress and adventurer Manon “Tractor Girl” Ossevoort arrived at the South Pole on  Tuesday after chugging along on a tractor from Europe ...
Motoring
6 years ago