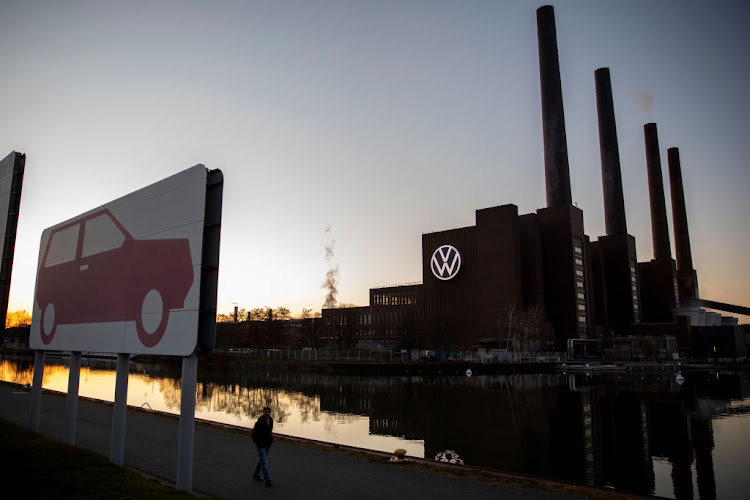 Volkswagen CEO Herbert Diess's frail relationship with German labour representatives hit a new low this week with disagreement over how radical the overhaul at Europe's top carmaker must be in its quest for electric vehicle dominance.

While both sides tried to demonstrate unity at a staff meeting on Thursday, the first at Volkswagen's giant Wolfsburg plant in nearly two years, there is no guarantee the dispute can be fixed quickly, if it can be fixed at all.

In fact, Volkswagen's four-member mediation committee is planning to discuss Diess's future soon, sources have said, creating uncertainty around the carmaker's leadership less than four months after the CEO's contract was extended.

Is Diess still the man for the job?

“His consistent EV (electric vehicle) strategy makes sense. He has a stronger focus on capital markets than his predecessors, which is benefiting the Volkswagen share,” he said.

While Volkswagen's preferred shares have gained just 6% since Diess took over as CEO in April 2018, its common stock — more than half of which is owned by top shareholder Porsche SE — is up 68%.

Diess, whose contract was extended until 2025 in July, is currently hammering out the company's next investment plan to 2030, a process that usually causes friction among stakeholders each year.

“Diess stands for the radical change the company must go through after the dieselgate emissions scandal. What he does not yet stand for is implementation.”

Porsche AG boss Oliver Blume, Audi CEO Markus Duesmann as well as Volkswagen brand CEO Ralf Brandstaetter have all been named as potential successors in the event that Diess gets the boot or decides to leave the multi-brand group.

“You need someone in Wolfsburg who understands the company and who is prepared to engage with the works council. I don't know if Oliver Blume is the right person,” Ellinghorst said. “Ralf Brandstaetter could possibly be better at that.”

Why all the fuss?

Volkswagen, the world's second largest carmaker after Toyota , is under pressure to adapt to huge industry shifts, most notably the rise of EVs and self-driving cars.

Both areas are outside the comfort zone of German carmakers, including Volkswagen, who have long dominated the age of internal combustion engines.

Enter new rivals, particularly Tesla, which have started with a clean sheet of paper and revolutionised production and supply chains.

“In the world of combustion engines we are leading. We're good at that, maybe better than everyone else,” Diess told workers on Thursday. “But in the new world ... we are facing competition Volkswagen has never seen before.”

The 63-year old has been repeatedly criticised for his communication style that labour representatives say displays a lack of interest in the concerns of 675,000 employees around the world.

Diess, in particular, drew the ire of workers when he told Volkswagen's supervisory board in September that roughly 30,000 jobs were at risk if the company was too slow in its EV transition, sources have said.

I want to thank our employees for a sensational first half of the year!

It was difficult, but we achieved an enormous amount together. Thank you very much for your efforts. I hope that you are recovering in your holidays. @VWGroup @Autostadt pic.twitter.com/52ubUtR0AD

The same goes for some of Diess' social media activities, including a video of him thanking staff for record first-half results while surfing on the canal next to the Wolfsburg headquarters.

“The way you have presented yourself in recent months I do wonder whether you're actually aware of the situation at our site here and how this is being perceived by the workforce,” works council head Daniela Cavallo said on Thursday.

The US-based carmaker has shown it's not just the number of cars you make, but technology and software that determine success in the new auto world.

Tesla, which sold 627,350 vehicles in the first nine months of 2021, is worth $1.2-trillion (roughly R18.33-trillion), more than eight times Volkswagen's €124bn (roughly R2.2-trillion) market valuation, even though the German group sold eleven times as many cars in the period.

Tesla is also producing more quickly and efficiently, with Diess expecting the US company will require just 10 hours to assemble each vehicle at its planned Gruenheide plant near Berlin, expected to open later this year.

“In (our plant in) Zwickau we're at more than 30 hours, we hope to achieve 20 hours next year — our original project target was 16 hours,” Diess said.

Who has the power?

At 31.4%, Porsche SE, which is 50%-owned by the Porsche and Piech families, is Volkswagen's largest shareholder, while Qatar and the state of Lower Saxony, where Volkswagen is based, own 14.6% and 11.8%, respectively.

Between them they hold more than 90% of the voting rights, but on Volkswagen's supervisory board — which approves key strategic decisions — labour representatives hold half of the 20 seats as part of Germany's co-determination principle.

In the rare event of a stalemate on the board, the chair — in this case Porsche SE CEO Hans Dieter Poetsch — holds sway.

Tesla Inc and Hertz Global Holdings Inc are working out how quickly the rental car company can receive deliveries from its large order of Tesla's ...
Motoring
1 month ago

Aston Martin said on Thursday it had sold 1,349 cars to dealers in its third quarter, up 104%, driven by demand for the luxury automaker's first ...
Motoring
1 month ago