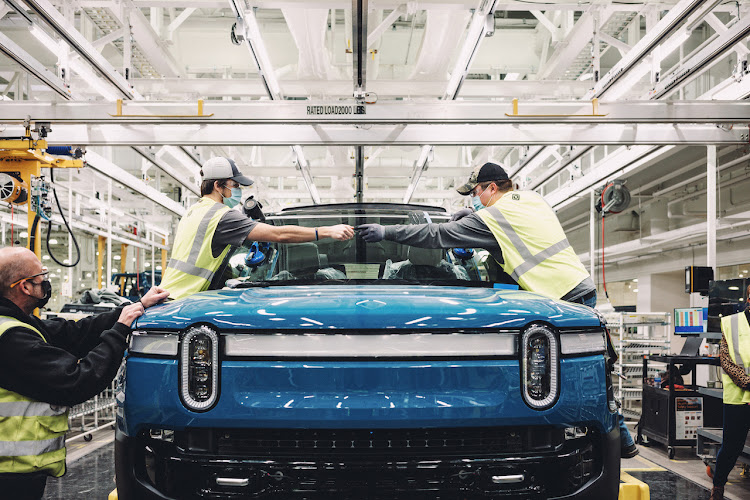 SOC Investment Group executive director Dieter Waizenegger said he was disappointed in the lack of substance in the Irvine, California-based company's October 29 response to earlier concerns the fund manager raised. SOC provided a copy of the letter to Reuters.

“They sent us a lot of words, but it's really raising a lot of questions and we expect more substance than aspirations,” Waizenegger said in an interview. “It's particularly lacking on firm commitments to address critical environmental and human rights risks.”

As issues of environmental, social and corporate governance take on growing importance with investors, car makers have come under pressure to prove that such minerals as lithium and cobalt for their EV batteries are sourced without human rights abuses.

Rivian, backed by Amazon.com and Ford Motor Co, on Friday raised the offer price for the shares in its IPO, aiming for a valuation of as much as $65bn (roughly R4,340,895,000). It now expects to raise nearly $10bn  on Tuesday.

In an October 29 response to SOC, board member Rose Marcario said Rivian was committed to ethical and sustainable growth in the EV space.

“We have already taken extensive measures to protect the environment and human welfare in the course of our business operations; we have always understood that we must grow our policies as we grow our company; and we are intent on setting new industry standards for human rights and environmental diligence,” she said.

Marcario cited Rivian's plan to put 1% of equity in an environmental programme aimed at helping address climate change and preserving wildlands and waterways, its intent to be climate neutral by 2032 for all emissions, a promise to release a full impact report in early 2023, a commitment by its battery supplier Samsung SDI not to use deep seabed mining, Rivian's supplier code of conduct, and more.

SOC in an October 20 letter called on Rivian to adopt policies to identify and prevent human rights risks and environmental impacts through its supply chain based on UN guiding principles for businesses.

In Monday's letter, Waizenegger said Rivian's supplier code of conduct was not publicly available, its position on deep seabed mining needed to be clarified, the start-up needed to commit to disclosures around its efforts, and the fund manager was concerned Rivian's board might not be able to effectively oversee efforts in these issues.

A Rivian spokesperson said the company was not commenting further during the quiet period ahead of its IPO.

SOC, formerly known as CtW Investment Group, is an adviser for union pension funds that have more than $250bn (roughly R16,695,750,000) in assets. It has taken a more activist approach with such companies as Doordash, Uber and Lyft, around issues including board diversity, executive pay and company stock structure. This is the first time SOC has approached a car maker about the battery supply chain.

European automakers reeling from a global chip shortage have hastened to assure shareholders that shortages of magnesium are not, for now, a risk to ...
Motoring
9 months ago

Tesla Inc CEO Elon Musk on Saturday asked his 62.5-million followers on Twitter in a poll if he should sell 10% of his Tesla stock
Motoring
9 months ago

Electric vehicle maker Rivian Automotive Inc, which is backed by both Amazon.com Inc and Ford Motor Co, said on Friday it was targeting a valuation ...
Motoring
9 months ago